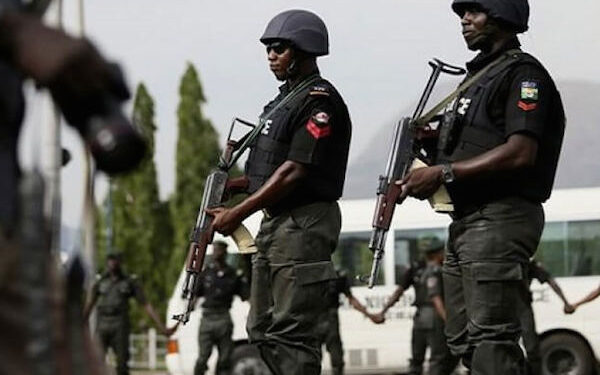 Officials of the Denton Police Station, Ebute Metta, Lagos State have detained a rice seller and two market leaders for resisting a raid and seizure of bags of rice in a shop in the market.

Before their arrest on Wednesday, one of the leaders of the market in a distress call to our correspondent wondered why the police want to inspect a rice shop and not the Nigeria Customs Service or Standard Organisation of Nigeria.

When the police arrived at the market, it was also learnt that traders trooped out in their large numbers to protest against the action of the police.

It was gathered that the Divisional Police Officer at Denton, Omooba Ade, allegedly ordered the detention of the market leaders and the trader after a complaint by a customer.

A security guard in the market, Agbodemu Ishola, explained that the crisis happened after a rice seller, Mrs Adama Toyin, sold 100 bags of local rice to a customer, who felt dissatisfied and reported to the police.

Agbodemu said, “Toyin sold 100 bags of local rice to a customer at N19,500 each, and the customer after transporting the goods to Akure, Ondo State came back after a week to complain that there were stones in the rice. The customer said she wants to return the goods and the seller agreed but told her that she would be paid after the goods had been resold.

“The customer felt dissatisfied and went to report to the DPO of detention. The DPO invited the seller and she went. On getting there, the DPO insisted that she should return all the money (N1,950, 000) and N100,000 used in transporting goods. The seller disagreed and complained that she only gained N35,000 from the transaction.

“The union leaders intervened and agreed to pay 50 per cent of the transport fare to avoid a crisis. After that, the DPO failed to release the seller and ordered that his men should go and raid her shop and bring her goods. That was what led to the protest.”

Our correspondent gathered that the trader and union leaders are still in detention as of the time of filing this report.

Asked why the leaders were detained, the Denton DPO said “no” and shut the phone on our correspondent.

Attempt to reach the Lagos Police Public Relations Officer, Adekunle Ajisebutu, proved abortive as he neither picked his calls nor responded to a text message.