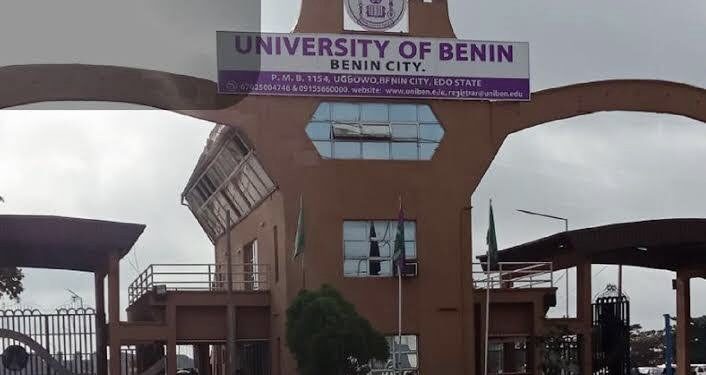 Tertiary institutions in the country should make it a policy to publish the names of lecturers and students dismissed for their involvement in sexual harassment, Vice-chancellor of the University of Benin, Prof. Lilian Salami, has suggested.

According to her, doing such would drastically reduce cases of sexual harassment and assault in educational institutions.

The don gave the advice in Abuja at the launch of a report on the increase in cases of sexual harassment in institutions of higher learning in Nigeria.

The document titled: “Research Report and Advocacy Strategy for Higher Institutions on Ending Sexual and Gender-Based Violence, SGBV”, was conducted by Women Advocates Research and Documentation Centre, WARDC, with support from the Open Society Initiative for West Africa, Osiwa.

Salami, who observed that sexual harassment in higher institutions had been in practice for a long, said the menace had taken new dimensions as a result of the loss of morals and values in society.

She stressed that aside from dismissing the perpetrators, whether students or lecturers, management of institutions should engage in public naming and shaming of the perpetrators.

The professor of Home Economics and Nutritional Education said: “Sexual harassment didn’t just start now but the awareness is becoming more relevant at this time because we are seeing the incidence of sexual harassment on the increase on campuses and it has become necessary that this menace is addressed in all universities.

“Administrators of universities are now taking this to be a very serious problem and we must begin to push the fact that campuses must not allow this to happen. A lot of scholars and researchers have been done about these vices and there are recommendations that once adhered to will likely reduce the cases of sexual harassment.”

Noting that tangible and realistic policies must be put in place in all tertiary institutions, Salami said perpetrators must be adequately sanctioned irrespective of social status.

She added: “These policies must not be in one aspect. Sexual harassment is only not only a student-lecturer thing but they are other underlying factors and we must begin to look at these factors to ensure that our solutions are holistic.

“For instance, you can’t divorce the fact that we have lost values, morals and even basic things. We are awarding our certificates not just in knowledge but character.

“Sexual harassment has always been out there but the fact is that people are beginning to speak out and we expect that we should have more persons speaking out about this incidence.

“Doing my time as a student, pornography was not there and we also have situations that students are now taking new pictures of themselves and sending them to the public domain. That was not the case in the past, so what this means is that we are having new methods of sexual harassment coming into play.

“I think that irrespective of who is the perpetrator, whether students or staff, they must be sanctioned. We don’t need such persons in our system, so they must be shown the way out. And indeed, I think not only been kicked out of the institution, I think their names should be published so that they don’t leave one institution and go to another one. This is because what that person have done in one university is likely to be replicated in another one.”

According to her, the report suggested that there should be more institutional strength within the university and other higher institutions in Nigeria on sexual harassment.

“The report talks about the infrastructure that we need to put in place, for example, CCTV, so that the activities of both lecturers and students can be monitored.

“The report also shows that sexual harassment is not only common with lecturers but also with students, meaning that there is a need for more awareness and training and that people should also understand the consequences of sexual harassment in educational institutions,” she stated.

Meanwhile, findings from the research revealed students were leading lecturers in sexual harassment and rape of female students.

It, however, said there is also grossly under-reported sex for promotion and other SGBV amongst staff.

The report said: “There are different manifestations and prevalence of SHGBV among different categories of people in the university community. All forms of SGBV are present on campus and with unacceptable frequency.”

“The most prevalent forms are sexual harassment followed by rape.

“The main perpetrators of SGBV are predominantly students and academic staff, although it is also common for non-academic staff to sexually harass students during the admissions process and when securing accommodation. There is also grossly under-reported sex for promotion and other SGBV amongst staff.”