by The Lagos Today
in World News, Headlines
2 min read
0
0 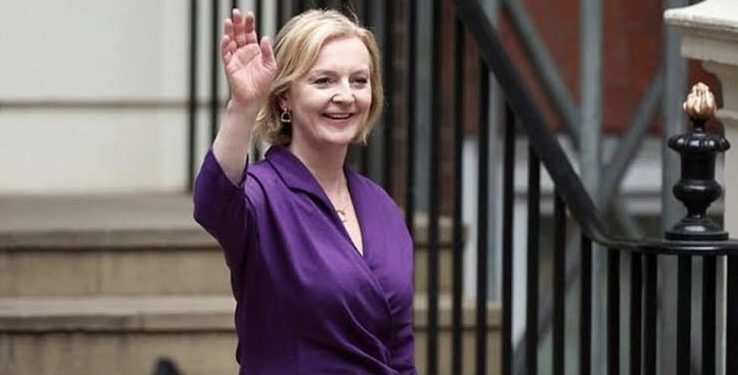 Queen Elizabeth II has officially appointed Liz Truss as the new British Prime Minister today at the Balmoral estate in Scotland, shortly after Boris Johnson met the monarch to formally offer his resignation.

Breaking with tradition, this is the first time in Queen Elizabeth’s 70-year reign that the handover of power is taking place at Balmoral, rather than Buckingham Palace in London.

Liz Truss takes office a day after Britain’s conservative party’s 172,000 members elected her as their leader in a tough race against Indian-origin former chancellor Rishi Sunak.

“The Queen received in Audience The Right Honourable Elizabeth Truss MP today and requested her to form a new Administration,” Buckingham Palace said in a statement.

“Ms Truss accepted Her Majesty’s offer and kissed hands upon her appointment as Prime Minister and First Lord of the Treasury,” the statement further added.

In her victory speech on Monday, Truss promised to deliver on the economy, the energy crisis and the overstretched health care system as the country faces major crises on these fronts, especially owing to Russia’s invasion of Ukraine and the Covid pandemic.

After his resignation to the Queen earlier today, Boris Johnson said in his idiosyncratic style, “I am like one of those booster rockets that has fulfilled its function. I will now be gently re-entering the atmosphere and splashing down invisibly in some remote and obscure corner of the Pacific.’’

Lagos Begins Collection Of Levy For Parking Outside Perimeter Fence