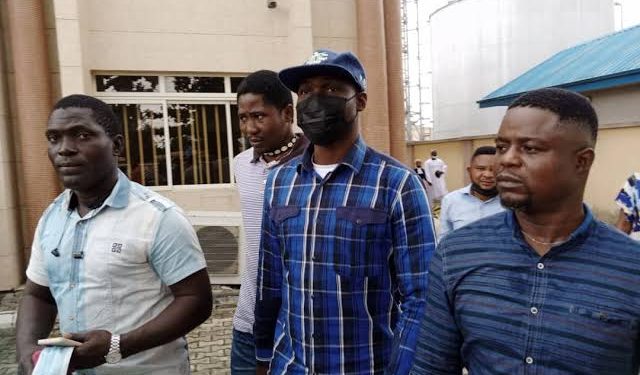 A forensic report, presented by a prosecution witness, Mrs. Olabisi Ajayi-Kayode to Special Offenses Court in Ikeja, yesterday, revealed how the embattled Yoruba actor, Mr. James Omiyinka, popularly known as ‘Baba Ijesha’, inserted a car key into the vagina of a minor.

Lagos State Director of Public Prosecution (DPP), Mrs. Olayinka Adeyemi, who led the prosecution, presented the witness, a child forensic expert and the Executive Director of Cece Yara Foundation. The witness revealed that the clinical report on the minor showed Baba Ijesha engaged the child in sexual activities when she was seven on two occasions and on one occasion inserted his car key into her vagina.

She added that the forensic interview she had with the victim showed engagement and suppression of the minor at different occasions. Baba Ijesha, she said, had asked the minor not to inform anyone. She said: “He asked the child to sit on his lap while he exposed erected penis to her. The perpetrator also inserted his car key into her vagina and asked her not to tell anyone.”

Further hearing on the matter has been adjourned to October 20 and 21  by Justice Olwatoyin Taiwo.

Recall that Baba Ijesha was on June 16 arraigned before a Chief Magistrates’ Court in Yaba, Lagos for alleged sexual assault and attempted rape of a minor.

The 48-year-old actor was arraigned on a four-count charge of sexual assault, sexual assault by penetration, attempted rape and indecent treatment of a child.