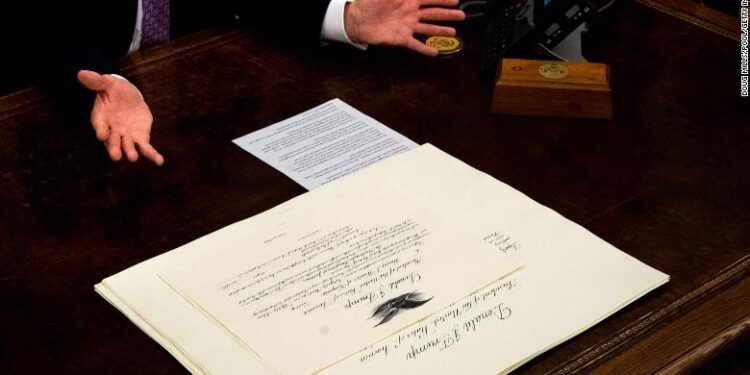 President Donald Trump leads a meeting with leaders of Israel and UAE announcing a peace agreement to establish diplomatic ties with Israel and the UAE, in the Oval Office on Thursday.

Israel and the United Arab Emirates have agreed to normalize relations, US President Donald Trump announced Thursday. According to a lengthy joint statement between the US, UAE and Israel, posted on the website of the US Embassy in Israel and tweeted by Trump, the agreement calls for the “full normalization of relations” between the two Middle Eastern countries. It also calls for Israel to “suspend” plans to annex the West Bank — which Israeli Prime Minister Benjamin Netanyahu has characterized as only a “temporary postponement.”

Reporting contributed by Andrew Carey in Jerusalem and Betsy Klein in Washington.