The governments of Ogun and Lagos States are soon to encounter a discord over demolition notice served on residents of the former to pave way for the construction of Rail Mass Transit Project.

The affected residents live in Itoki-Agbado-Ijoko in Ifo Local Government Area of Ogun State, a border community between both states.

The notice of demolition was served on property owners by the officials of the Lagos Metropolitan Area Transport Authority (LAMATA).

One of the notices signed by the Managing Director and Chief Executive Officer of LAMATA, Abimbola Akinajo, and dated November 8, 2021.

It was gathered that based on the removal notices, about 1,000 houses would be affected.

According to the Lagos State government, the 37-kilometre Red Line will run from Marina in Lagos to Agbado in Ogun State and is to move more than one million passengers daily when operational.

The state said the construction of the Agbado station and associated infrastructure “is in collaboration with the Federal Ministry of Transportation and Nigerian Railway Corporation.”

It added that its agency, LAMATA is also “in close consultation with the Ogun State Ministry of Transportation about the development.”

The notice reads “…In order to establish the Right of Way (RoW) for this proposed development, houses and businesses will be affected.

“Therefore, this letter serves as a notice to inform you that your property is likely to be acquired in overriding public interest.”

However, the Ogun State House of Assembly on Thursday declared the removal notice as “null and void.”

In response to the development, the assembly called for a formal agreement between the two states through a Memorandum of Understanding (MoU) regarding the planned demolition.

The assembly said the MoU would ensure that the required compensation is paid to property owners, whose structures may be affected.

The Speaker of the Assembly, Olakunle Oluomo, gave the directive, while responding to the submission of the lawmaker representing Ifo II State Constituency, Ganiyu Oyedeji.

Mr Oyedeji, while addressing the plenary under, informed lawmakers of an unauthorized distribution of the demolition notice by LAMATA to residents of Itoki-Agbado-Ijoko.

His words: ”We need to assure the residents that an MOU between Lagos and Ogun will ensure that necessary compensation is paid to all the owners of affected properties before the demolition and commencement of work on the project.” 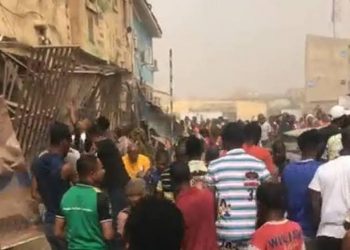 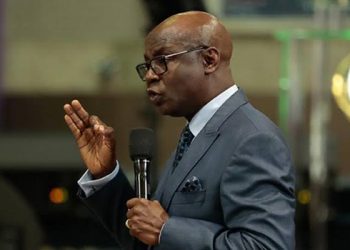