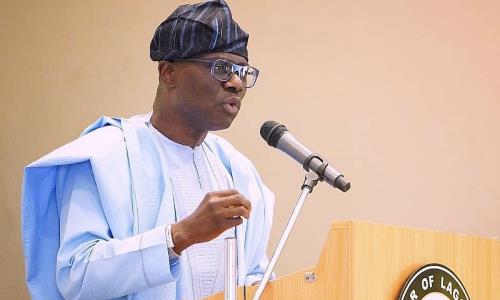 The Lagos State Government has allayed fears of residents on the continuous heavy downpour being experienced in the past few days. They have however begged residents in low lying areas to relocate without delays to avoid further loss of lives and properties.

The government also stated that necessary measures are in place to effectively manage the flash floods resulting from the rain.

The Commissioner for Environment and Water Resources, Mr. Tunji Bello, said these while outlining measures already put in place for this year’s rainfall pattern, stating that additional heavy rains should be expected in July and September.

He therefore urged all residents of low lying areas like Agboyi-Ketu, Ajegunle and several others to relocate from their residences, without further delay, to avoid being trapped by the rainfall at the risk of their lives and property.

Bello also advised residents living along the plains of Ogun River to be on the alert and take necessary precautions as the Ogun-Osun River Basin Authority, which manages the Oyan River Dam will soon commence the seasonal water releases.

He stated that the high volume of rainfall being experienced in June will run into July and September, urging Lagosians not to entertain fear because the State Government has mapped out strategies to contain flooding that may be experienced as a result of heavy rainfall.

The Commissioner assured members of the public, particularly residents of Aguda, Shomolu, Surulere, Oworonshoki and Idi-Oro, that contractors are already working on all the channels in the area.

“Cleaning usually starts from the lower stream to the upper stream and that the same applies in Aguda, where dredging is moving gradually towards all the areas adjoining LUTH Idi-Araba and Ishaga which are all parts of System.”

While stating that Idi-Oro and Olosha in Mushin are experiencing issues because of indiscriminate refuse dumping, Bello assured that the Ministry is taking steps to tackle the problem of refuse dumping in the area so that the drainage channels can work effectively.