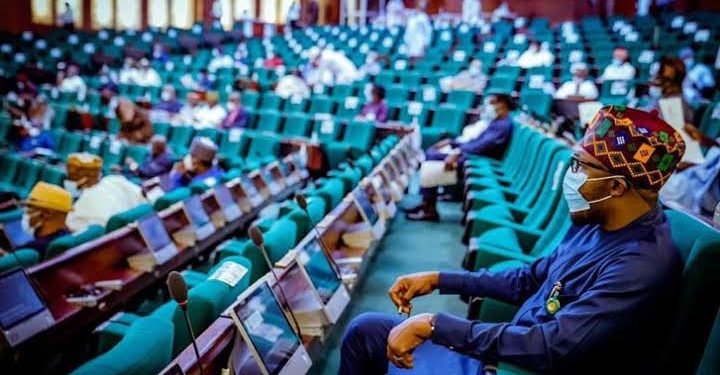 The Committee on Public Accounts of the House of Representatives has recommended that former and serving management staff of several Ministries, Departments and Agencies of the Federal Government be prosecuted by the Economic and Financial Crimes Commission for failing to render audited accounts.

The committee also asked several MDAs to refund monies released to them by the Federal Government for failing to render accounts.

A report by the Office of the Auditor General of the Federation, covering 2014 to 2018, which was presented to the National Assembly, had indicted many MDAs and officials.

The committee had held investigative hearings on the audit queries and laid its report before the House for consideration.

In the committee’s report, a copy of which our correspondent obtained, the Nigeria Maritime Administration and Safety Agency was said to have only rendered 2014 audited accounts to the auditor-general for the past five years while it had yet to remit its accounts from 2015 to 2018.

The committee said, “The reckless refusal by the management of the agency to render accounts for their stewardship for the past five years now is despicable and is a violation of Section 85(3) (b) of the 1999 Nigeria Constitution.

“All those in office that were responsible should be disciplined and referred to the EFCC to refund all monies received by them from the government for the period 2015 -2019 to the treasury in line with FR 3129 of 2009.”

In the case of the National Social Insurance Trust Fund, the committee said the auditor-general confirmed that the Fund last rendered its audited account in 2005, leaving 2006 to 2018 still outstanding.

“The committee frowned at this worrisome attitude of the Fund for refusing to render its audited accounts for the last 13 years, yet benefited from the federal treasury.  All directors-generals of the Fund and their DFAs as well as various external auditors from 2006 till now should be handed over to the EFCC, in line with FR No, 3129, for further prosecution to compel them to refund all money received and misused by the officers.”

The committee also said the National Health Insurance Scheme had not rendered its audited accounts for the past 13 years.

It is a similar case for the Federal Housing Authority, which the committee said it last submitted its audited account in 2003.

For the Nigerian Communications Satellite Limited, the 2014 and 2015 accounts’ letters of conveyance to auditor-general were not seen, according to the committee, while only one person signed the 2015 audited account and the other person did not sign.

The committee added that the 2016 audited account was not tendered but that of 2017 was. It stressed that NIGCOMSAT rendered the accounts for 2017 and 2018 but there was no evidence of rendition for 2014 to 2016.

Similarly, the committee indicted the Infrastructure Concession Regulatory Commission. It noted that the director-general of the ICRC attested that the commission had remitted the 2014 to 2018 audited accounts when he assumed office in 2017.