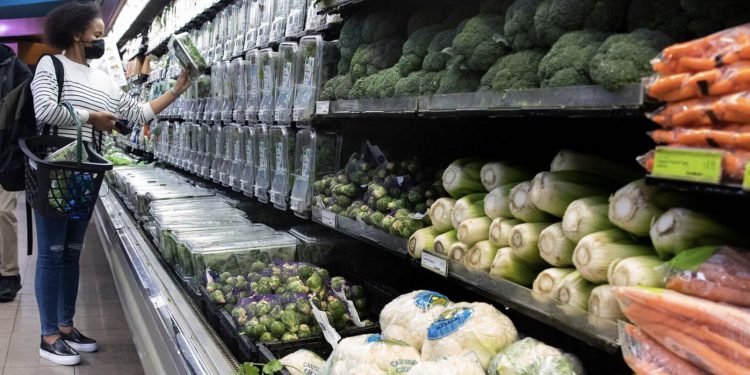 Americans got some cheering  news Thursday on inflation as the Consumer Price Index rose 7.7% for the year ending in October, a much slower pace of increase than the 8% economists had expected and the lowest annual inflation reading since January.

The stock market skyrocketed on the news, with Dow futures surging by more than 800 points on hopes the Fed would dial back its aggressive rate hikes.

While Fed Chair Jerome Powell said earlier this month that the central bank still has “some ways to go” in its battle to tame inflation, sentiment is clearly growing that the Fed may be able to tap the brakes ever so slightly.

Fed funds futures are now pricing in a nearly 80% chance of a half-point increase, at the Fed’s December policymaking meeting, smaller than the three-quarters of a percentage point increases the Fed announced at the previous four meetings.

“Today’s CPI report shows inflation is moving in the right direction,” said Eric Merlis, managing director and co-head of global markets at Citizens. “The report provides ammunition for the Fed to begin pricing in sub-75-basis-point tightenings. This will be a welcome development for the Fed.”

On a monthly basis, prices rose by 0.4%. That’s on par with the previous month’s increase of 0.4%. Economists were anticipating the monthly figure to grow, given energy prices marched upward in October amid a move by OPEC+ to slash oil production and ongoing uncertainty in Russia’s war in Ukraine.

There also appeared to be some gains made in a measurement watched even more closely by the Fed: Core CPI, which excludes the more volatile categories of food and energy, measured 6.3% for the year ended in October, down from the 6.6% increase posted in September.

Month-on-month, core CPI increased 0.3%. It had logged monthly increases of 0.6% in both August and September.

How does inflation affect my standard of living?

“While I expect the Fed to lift the policy rate by 50 basis points at its December meeting, the supersize rate hikes are likely now in the rearview mirror,” he said.

Thursday’s CPI report marked an improvement from a stretch of hotter-than-expected inflation readings, but the pervasiveness of price increases remains problematic for consumers, businesses and the Biden administration.

“Any meaningful relief for household budgets is still somewhere over the horizon,” said Greg McBride, chief financial analyst at Bankrate.

“In categories that are necessities — shelter, food, and energy — we continue to see large and consistent increases,” he said. “The areas posting declines are for the most part either irregular or more discretionary in nature — airfare, used cars, and apparel.”