Rigging Of 2023 Polls Must Be Resisted – Saraki 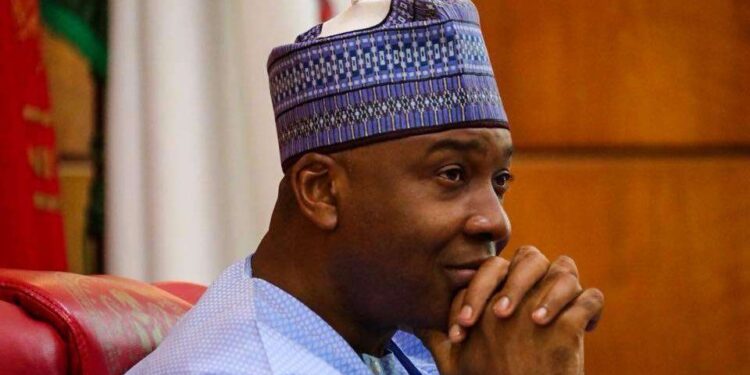 Former President of the Senate, Dr Bukola Saraki, has charged Nigerians to resist any attempt to undermine the 2023 general election.

Noting that next general election represent a watershed for the future of Nigeria, Saraki said nobody or group of people who mean well for the country should toy with the election’s transparency and successful outcome.

The former Governor of Kwara State said this in a statement on Thursday in celebration of the International Day of Democracy.

His statement was in response to a report alleging plan by some people to undermine the political process for the purpose of rigging the 2023 polls.

Saraki wrote, “As we in Nigeria join millions across the world to celebrate the #InternationalDayOfDemocracy and against the background of a report that some people are planning to undermine the political process for the purpose of rigging the 2023 polls, I must reiterate that for Nigeria’s democracy to be sustained, we must operate a system in which accountability, transparency, citizen participation, free, fair, credible and peaceful elections is encouraged.

“The next general elections represent a watershed for the future of our country. Nobody or group of people who mean well for Nigeria should toy with its transparency and successful outcome. The votes of the people must count. Any attempt to manipulate the elections should therefore be resisted by all and sundry.

“As we reflect on how far we have come as a nation under democratic rule, let us all remember to play our individual and collective roles to uphold and promote the principles of democracy and good governance in our country.”