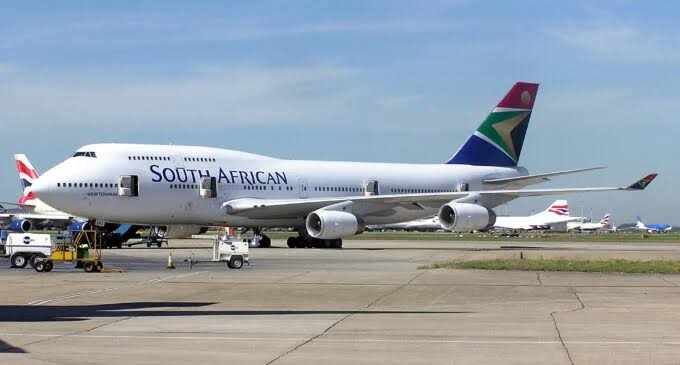 The erstwhile embattled carrier has brought options on the lucrative route that also has Air Peace airlines.

SAA has been flying to Nigeria for the past 23 years and the resumption of the service is a welcome addition to its growing continental offering.

The interim Chief Executive Officer (CEO) of South African Airways, Thomas Kgokolo, in a statement, said the Lagos destination takes SAA into one of the biggest travel markets in Africa, and “we are delighted that we are again able to resume operations, providing a link between Africa’s two biggest economies.”

Kgokolo said the service is part of SAA’s gradual growth strategy, having resumed full operations in September. He said: “Our intention is to continue to develop our route network driven by passenger demand and revenue potential. We are constantly evaluating opportunities, both locally, regionally, and internationally.”

He further stated that not only does the Lagos-Johannesburg route function as a key economic link between the two countries but would also service the burgeoning tourism market in both countries.

He disclosed that SAA would continue in partnership with South African Tourism to promote the country in Nigeria in the expectation that it would lead to more visitors now that international pandemic travel restrictions are being revised.

South African Airways had on September 23rd, 2021 resumed operations after a year of inactivity and almost 18 months without a commercial flight.

SAA has not flown any commercial flights since March 2020 and ceased all cargo and repatriation flights in September last year.

Kgokolo said: “After months of diligent work, we are delighted that SAA is resuming service and we look forward to welcoming on board our loyal passengers and flying the South African flag. We continue to be a safe carrier and adhere to COVID-19 protocols.”

Tickets went on sale on August 26th and have sold well, according to the airline. According to Kgokolo, early figures indicate flights may be up to 75 per cent full. Opening up other routes may prove to be a complication due to ongoing travel restrictions.

Kgokolo added: “There is a profound feeling of enthusiasm within Team SAA as we prepare for takeoff, with one common purpose -to rebuild and sustain a profitable airline that once again takes a leadership role among local, continental, and international airlines.”

The airline hasn’t operated any commercial flights since the beginning of the pandemic in March 2020. From that period until September 2020, the airline maintained cargo and repatriation flights but was forced to cease all operations due to financial problems.

After spending a period of 17 months in administration, SAA finally exited ‘business rescue’ in April 2021, before the South African government agreed to sell its majority stake to Takatso Consortium in June.