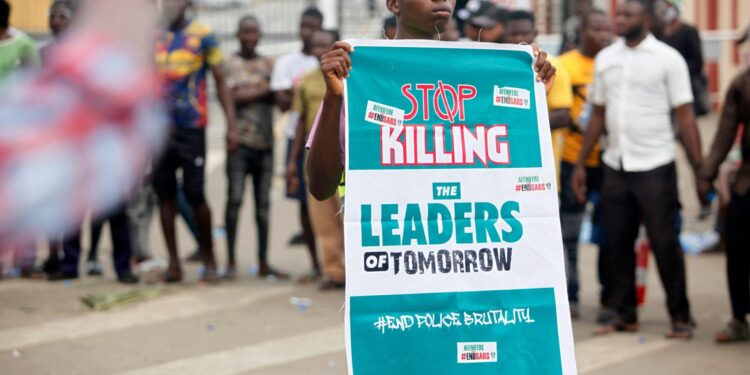 The Lagos State Governor, Mr. Babajide Sanwo-Olu, has confirmed only one death from Tuesday night’s shooting by soldiers on #EndSARS protesters at Lekki tollgate.

Shortly after stating, in a state-wide broadcast, that no life was lost in the attack, he said that one person had died in a Lagos hospital this morning.

He tweeted, “Information reaching us now is that a life was lost at Reddington Hospital due to blunt force trauma to the head. It is an unfortunate and very sad loss.

“This is an isolated case. We are still investigating if he was a protester.

“Yesterday was the toughest night of our lives as forces beyond our direct control have moved to make dark notes in our history, but we will face it and come out stronger.

“I’ve just concluded visits to hospitals with victims of this unfortunate shooting incident at Lekki.”

Video evidences from eyewitnesses have shown that soldiers opened fire on #EndSARS protesters at the tollgate last night in a bid to disperse them.