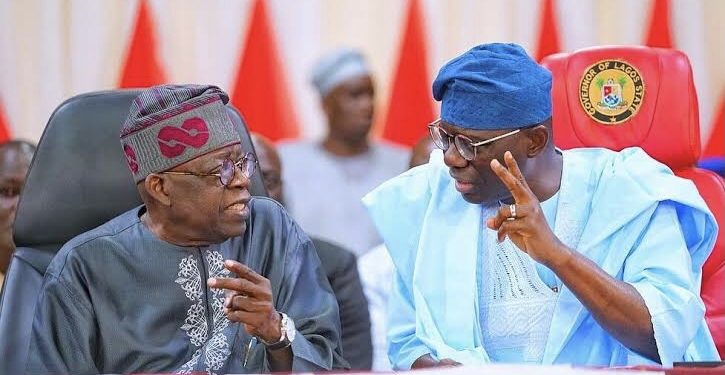 The governor was joined in the campaign by the party’s Chairman, Pastor Cornelius Ojelabi, APC chieftains and candidates of the party for various elective positions in the zone comprising Alimosho, Agege, Ifako-Ijaiye, Oshodi-Isolo, Mushin and Ikeja Local Government Areas.

According to him, leaders and members of the party in the zone must leverage their huge voting population to mobilise votes for Tinubu and other candidates.

“Let us vote the way we have agreed. Don’t allow some deceivers to deceive you. Lagos belongs to you.

“By the Grace of God, we shall all eat the fruits of our labour here. Let us join hands together to do the work.

“I want to thank you very much for trooping out in large number this afternoon and for coming to support your party, our party and all of our candidates,” he said.

Sanwo-Olu, who is also seeking reelection in 2023, urged residents to support APC candidates from Presidential to Governorship, Senatorial, House of Representatives and House of Assembly elections.

He commended Ndigbo, South South, Arewa and other groups for their support for the ruling party.

Sanwo-Olu called on APC leaders and members to begin house-to-house campaign and mobilise registered voters for the collection of their Permanent Voters Card(PVC) ahead of the 2023 general elections.

The mega rally was attended by a host of APC chieftains, candidates, members, among others.

The News Agency of Nigeria (NAN) reports that the Lagos West Senatorial District (comprising 10 local government areas) is divided into two by the APC (Lagos West 1 and II) to ease its campaign.