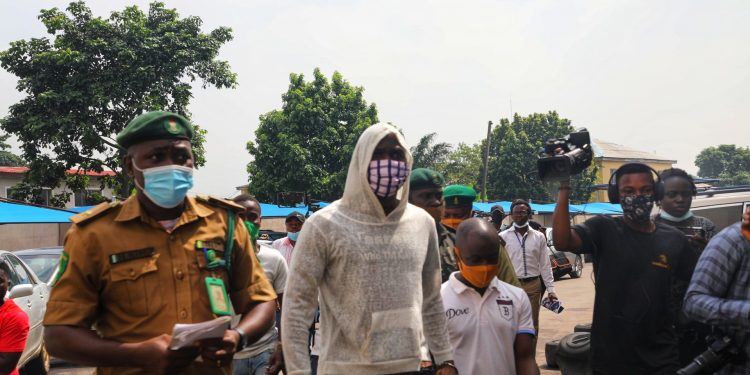 Nollywood actor, Omiyinka Olanrewaju James, popularly known as Baba Ijesha, who was arraigned at a Special Offences and Domestic Violence Court in Ikeja, has been granted bail.

The actor, who was being tried by Justice Oluwatoyin Taiwo over charges bothering on rape, sexual assault and abuse of a minor, was granted bail on the ground that it was part of his fundamental human rights.

According to the judge, the surety must be a resident of Lagos with visible house address and payment of three years tax.

A prayer was granted and Baba Ijesha pleaded not guilty to all the charges levelled against him.

Subsequently, Mrs Adeyemi requested for a trial date while asking the court to remand the defendant in a correctional facility pending commencement of trial.

In a counter-reaction, Baba Ijesha’s legal team, led by two Senior Advocates of Nigeria, Mr. Babatunde Ogala and Mr. Dada Awosika, along with 17 other lawyers, informed the court that they had filed a bail application and have served same on the prosecuting team.

Ogala urged the court to grant them audience to argue the bail application.

However, the state counsel, Mrs Adeyemi, opposed the prayer, stating that her team was yet to verify the medical report which the defense relied on for his bail consideration.

In a short ruling, Justice Taiwo granted the request of the defense team and asked parties to argue the bail application.

During the argument of the bail application, Ogala urged the court to grant Baba Ijesha bail, relying on Section 105(2) and (3) of the Administration of Criminal Justice Law of Lagos State, 2015, and Sections 35 and 36 of the 1999 Constitution of Federal Republic of Nigeria (as amended). According to Ogala, the defendant also ought to be granted bail considering his popularity and the credible sureties provided.

The judge, however, stood down the case for ruling, after which the defendant was granted bail.

The matter was subsequently adjourned to July 26, 27 and 28 for the case of the prosecution.