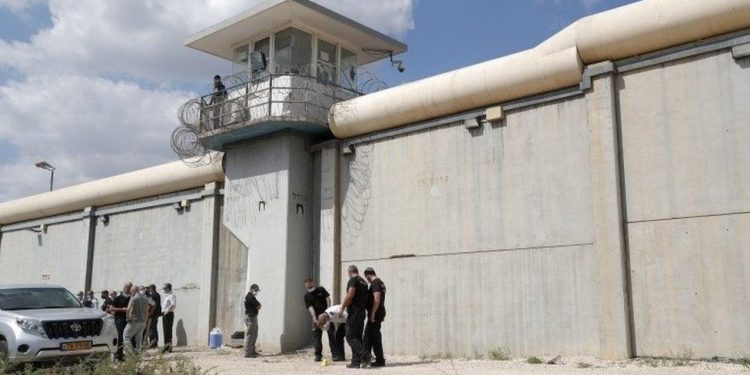 Israeli authorities have launched a manhunt after six Palestinian prisoners escaped from one of the country’s most secure jails overnight.

The men are believed to have dug a hole in the floor of their cell at Gilboa prison, then crawled through a cavity and tunnelled beneath the outer wall.

Officials were alerted by farmers who noticed them running through fields.

The fugitives include a former leader of the militant group Al-Aqsa Martyrs’ Brigade and five Islamic Jihad members.

An Israel Prison Service official described the escape as “a major security and intelligence failure”. Palestinian militant groups hailed it as “heroic”.

The alarm was raised at Gilboa Prison, a high-security facility in northern Israel known as “The Safe”, when authorities received reports from local farmers about “suspicious figures” in nearby agricultural fields.

When prison staff carried out a headcount at 04:00 (01:00 GMT), they found six inmates were missing.

The Palestinians are believed to have made their way out of the cell that they shared by digging a hole in the floor of their bathroom. The Jerusalem Post reported that they had used a rusty spoon that they hid behind a poster.

The hole led to a hollow space underneath the prison that was created during the facility’s construction, when piles were sunk into the ground. An Israeli police commander described it as a “structural flaw”.

The inmates are believed to have moved through the space to reach the prison’s outer wall, then dug a tunnel that emerged in the middle of a dirt road just outside.

The Shin Bet security service said it believed the prisoners had been in contact with people outside the prison using a smuggled mobile phone and that they had been picked up in a car.

The six fugitives include Zakaria Zubeidi, a former commander of the Palestinian militant group Al-Aqsa Martyrs’ Brigade in the West Bank city of Jenin, as well as five members of Islamic Jihad.

Four of the Islamic Jihad members were serving life sentences after being convicted of planning or carrying out attacks that killed Israelis, while the fifth had been held without charge for two years under a so-called administrative detention order, according to Israeli media.

Zubeidi was arrested by Israeli forces in 2019 on suspicion of involvement in a number of shooting attacks and is currently standing trial.

Israeli border police and army troops involved in the manhunt have reportedly set up roadblocks to stop the men reaching the nearby occupied West Bank or Jordan, which is about 14km (nine miles) to the east of Gilboa prison.

Israeli Prime Minister Naftali Bennett spoke to Public Security Minister Omer Bar-Lev and “emphasised that this is a grave incident that requires an across-the-board effort by the security forces” to find the fugitives.

Islamic Jihad described the jailbreak as “heroic” and said it would “shock the Israeli defence system”, while Hamas spokesman Fawzi Barhoum said it was a “great victory” that proves “the will and determination of our brave soldiers inside the prisons of the enemy cannot be defeated”.