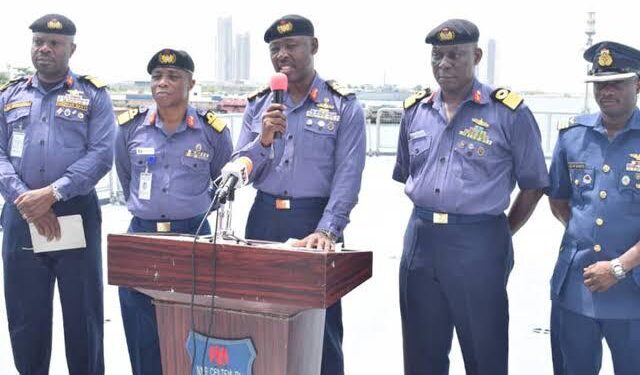 The Nigerian Navy in Lagos yesterday captured and handed over some smuggled rice, boats and other items worth N15 million to the Nigeria Customs Service (NCS).

The Commanding Officer, Naval Forward Operating Base (FOB), Capt. Chris Akokota, who handed over the smuggled goods to the NCS in Badagry, Lagos, said the seizure was made possible by naval patrols.

“The FOB, in fulfillment of the navy’s policing role, has increased patrols on the waterways, extending from Lagos to the Republic of Benin border. This has led to several arrests, which were handed over to Operation Swift Response in the past.

“Equally, the base has within the last two months, made additional arrests, which would be handed over to Operation Swift Response.”

Akokota added that since the start of the operation, several arrests and seizures of contraband goods have been made along the Nigeria-Benin border.