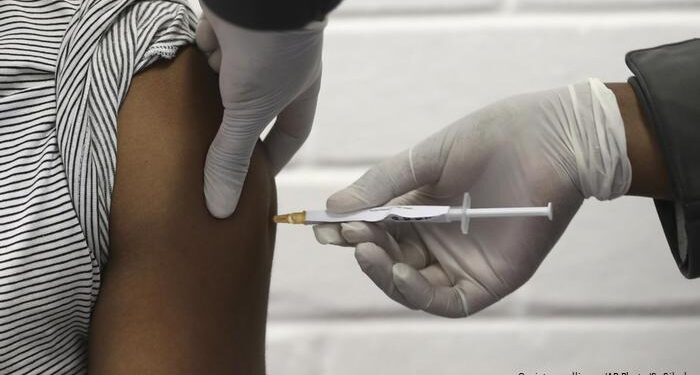 South Africa has suspended the use of the Oxford/AstraZeneca coronavirus vaccine in its immunisation programme until a committee of scientists advises on the best way to proceed.

Health Minister Zweli Mkhize’s announcement on Sunday came after trial data showed the vaccine developed by drugmaker AstraZeneca and the University of Oxford offered only limited protection against mild and moderate disease caused by the 501Y.V2 coronavirus variant first identified in South Africa.

The government had intended to soon roll the Oxford/AstraZeneca shot out to healthcare workers, after receiving 1 million doses produced by the Serum Institute of India on Monday.

Instead, it will offer vaccines developed by Johnson & Johnson (J&J) and Pfizer in the coming weeks while experts consider how the AstraZeneca shot can be deployed.

“When new information is brought to light and viruses change and mutate, decisions need to be made. This is possibly why the AstraZeneca vaccine rollout is on hold for now. In the next few weeks, South Africa will have the J&J and Pfizer vaccine,” The Independent Online website quoted Mkhize as saying.

The University of Witwatersrand in Johannesburg, which conducted the trial of the Oxford/AstraZeneca vaccine, said in a statement on Sunday that the vaccine “provides minimal protection against mild-moderate COVID-19 infection” from the variant, which is dominant in South Africa.

But in a full paper due to be published on Monday, AstraZeneca said none of the 2,000 participants near the age of 31 developed serious symptoms. That could mean it will still have an effect on severe disease, although there is not yet enough data to make a definitive judgement.

The data, which has not yet undergone peer review, “appear to confirm the theoretical observation that mutations in the virus seen in South Africa will allow ongoing transmission of the virus in vaccinated populations”, it said.

“Protection against moderate-severe disease, hospitalisation or death could not be assessed in this study as the target population were at low risk.”

An AstraZeneca spokesman also said the company has started adapting its vaccine against the variant and “will advance rapidly through clinical development so that it is ready for autumn delivery should it be needed”.