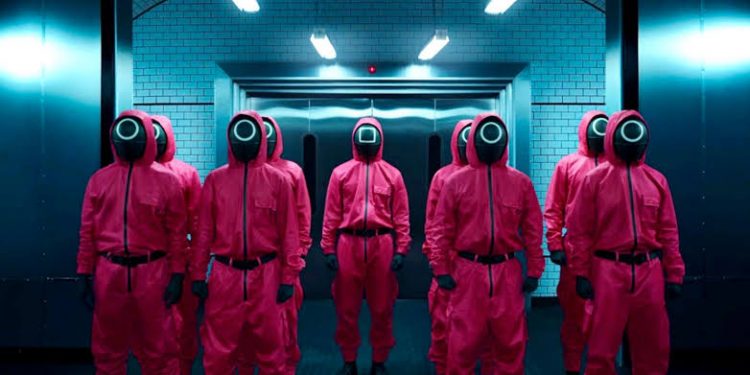 A cryptocurrency based on the hit Netflix show Squid Game spiked 40,000% in its first few days of trading.

As of Sunday afternoon, SQUID had a value of approximately $37.75 per coin, skyrocketing in less than a week from $0.01235 per coin on its Tuesday launch date.

Cryptocurrency website CoinMarketCap warns traders that there have been some reports of people not being able to sell the coin once they have bought it, trapping their profits in the marketplace.

“We have received multiple reports that the users are not able to sell this token in Pancakeswap. Please exercise caution while trading!” CoinMarketCap said on its website. Pancakeswap is a popular cryptocurrency exchange site.

The issue may be related to an “anti-dump mechanism” the creators of the coin describe as part of a simulation of the games in the Netflix show.

“As you can see, $SQUID implements an innovative anti-dump mechanism. Buying in the market will release selling credits with a rate of 2:1. $Marbles is the token built on BSC chain as the key for Squid Game. Obtaining Marbles without using violence is the key to Squid Game. Marbles holders will have the right to trade SQUID freely,” the creators say in a Whitepaper PDF document.

The coin is part of a crypto play-to-earn platform that reportedly plans to include an online tournament next month, according to the coin’s description on CoinMarketCap. The tournament will be inspired by the deadly games played by characters in the show for prize money.