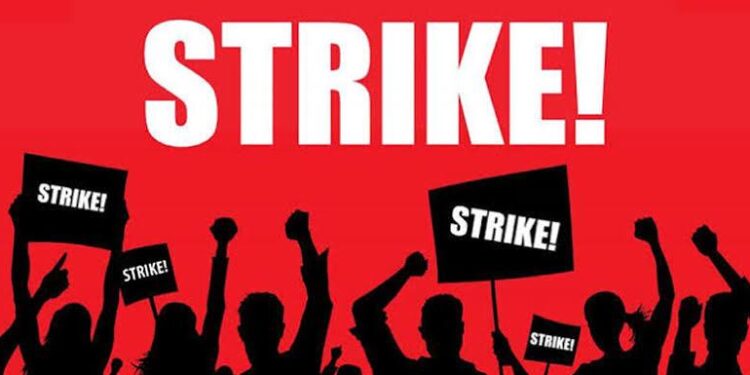 The Senior Staff Association of Nigerian Universities (SSANU) has issued a February warning to the Federal Government to fully implement the minimum wage to its members or face industrial action.

In a communiqué issued at the end of its 41st National Executive Council (NEC) meeting held at the Obafemi Awolowo University (OAU), Ile-Ife, Osun State, the union lamented the hardship its members are going through due to the “haphazard nature of the implementation of the Integrated Personnel Payroll System (IPPIS).”

It said: “NEC in session seriously frowns on the endless insincerity and double-dealings of the Federal Government over agreements and memoranda of understanding seamlessly signed with labour unions. NEC recalls the several assurances of the government to pay the agreed arrears of the new national minimum wage. Unfortunately, this promise is yet to be met after countless months – the last promise being the end of October 2021. The government is enjoined to see to it that they keep to the promise of payment of the arrears of the new national minimum wage, which has already lost its value as of today.

“The union is aware that government has requested the relevant offices of the government to submit their data on or before January 28.”

We urge the government to ensure that they pay the overdue arrears of the national minimum wage on or before the end of February 2022.”

The communiqué, which was signed by the union’s National President, Mohammed Ibrahim, lamented the members of the pain are passing through as a result of the implementation of the IPPIS in universities.

It called on the Federal Government to unbundle the mode of payment by decentralising payment along staff unions to guarantee proper channelling of salaries according to staff status.

Amid the claim of massive infrastructure development in the country by the Federal Government, SSANU insisted that most highways are not motorable

Besides, the Nigerian Union of Allied Health Professionals (NUAHP) has urged the National Council on Establishment (NCE) to ensure the immediate and full implementation of the circular on pharmacists consultant cadre referenced HCSF/CSO/HRM/T3 on September 13, 2020.

In a statement at the weekend by NUAHP’s General Secretary, Comrade Martin Egbanubi, the union said they are “deeply concerned about the refusal of some chief executive officers of federal health institutions to comply with the implementation of the circular on pharmacist consultant cadre.”