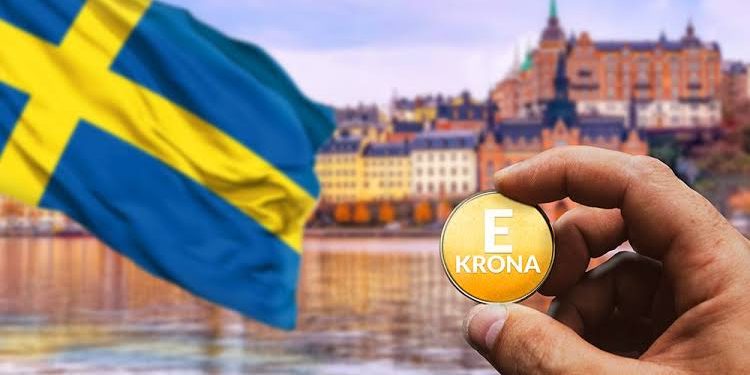 Sweden officially launched eKrona, the world’s second digital currency backed by a central bank. Since the beginning of September, the currency has been available on a trial basis with external clients on the official website created by the Swedish government so that citizens can buy and sell within the country or in stores abroad.

Although Sweden is part of the European Union (EU) as a member state, it does not accept the euro as its official currency and retains its own currency, the Swedish krona. In the 2003 referendum that asked Swedes if they wanted to join the eurozone, this requirement was rejected. But in the future it will have to adopt the single European currency.

Swedish bank Riksbank has clarified that the eKrona is not a cryptocurrency like Bitcoin and others that exist in the market. Although it uses blockchain technology, its function is basically to replace the physical bills or coins that exist in the country.

Before the official launch of the digital currency, the Swedish central bank conducted a series of investigations that started in 2017. For some time, the European Central Bank has also been conducting studies on the creation of a state cryptocurrency and has recently announced the launch of the digital euro project.

Central bank digital currency projects are also underway in other countries including Russia, Japan, and the United States, which is deciding how to respond to China’s digital yuan project that is at an advanced stage.

Last year the Riksbank had already announced the possibility of issuing a “digital complement to cash,” given that “the use of banknotes and coins is decreasing in society.” In addition to that, “technological advances with regard to electronic money and payment methods are proceeding rapidly.”

“Sweden is currently one of the countries where digital payments are increasing faster,” justified the Swedish bank.

According to GlobalData, the country that currently ranks fifth in the world among the least cash-using countries, is “poised to be the first truly cashless society by 2023.”

The use of cash has fallen to less than 10% in the economy, according to estimates by the Swedish central bank. The cash shortage, the convenience of electronic payments, and the pandemic accelerated this process.

After the announcement by the Swedish central bank, the ‘eKrona’ can be safely purchased on the official website provided by the authorities. The price of the digital currency on Thursday was one eKrona for $0.000094.

This is so far the most important digital currency project supported by a central bank of an industrialized country. It is competing directly with cryptocurrencies.

The door is being opened to digital money controlled by central banks and countries. More coins minted by issuing bodies are expected to continue to appear on the global cryptographic slate this year.