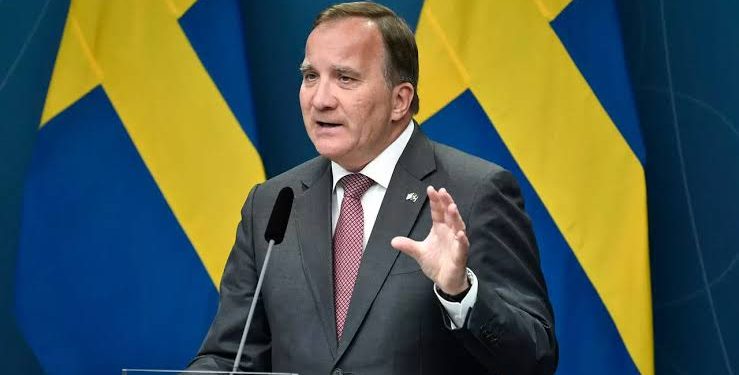 Sweden’s parliament has passed a vote of no confidence in Prime Minister Stefan Lofven.

A total of 181 of the 349 MPs voted in favour of the motion, with 51 abstentions. It is the first time in Swedish history that a prime minister has been ousted in such a vote.

The Social Democrat leader has a week to resign or call a snap election.

The decision came after a dispute over rent controls led the Left party to withdraw its support for the coalition.

The result means a collapse of the Social Democrat’s minority coalition government with the Green Party.

If the prime minister decides to step down, the parliament’s speaker will have to begin cross-party negotiations to form a new government.

Sweden’s Left party called for the no-confidence vote last week amid a row over proposals to end a rent cap on new-build flats. Although Mr Lofven’s party does not support the measure, it had agreed to consider the plans to appease other opposition parties.

The vote was proposed by the nationalist Sweden Democrats and backed by two centre-right opposition parties.

Any new government would remain in place until general elections, which are set to take place in September next year.

Whether or not to get rid of rent caps has long been a hotly-debated policy in Sweden, where there’s a housing shortage. But until last week, few political observers would have predicted it could bring down the current government.

The irony is that Sweden’s centre-left Prime Minister Stefan Lofven is himself in favour of rent controls. His coalition only agreed to look into the idea of scrapping them in new-build blocks, to appease two small centre-right opposition parties to help prop up his fragile minority government.

But in doing so he’s ended up losing the backing of a long-time ally, the Left Party. It withdrew its support for the government last week, paving the way for the no-confidence vote.

Now, in a second ironic twist, housing debates could well slide much further down the political agenda, with either a snap election or cross-party talks to form a new government more likely to focus on what Lofven’s centre-right opponents view as more pressing issues, such as the country’s economic recovery after the pandemic, rising violent crime and immigration.