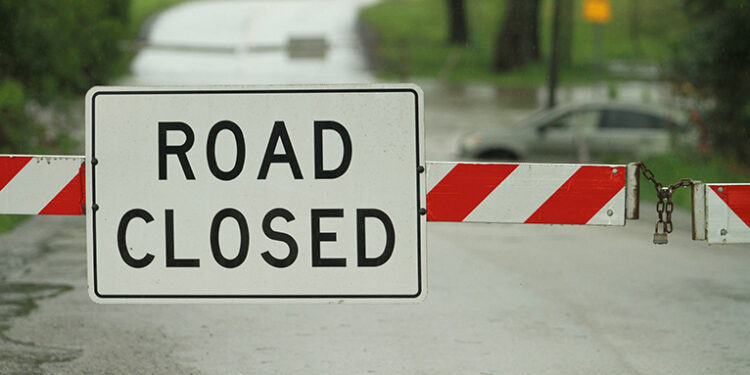 The State’s Transportation Commissioner, Dr. Frederic Oladeinde, lamented that the structure of the Airport Bridge had been significantly affected by the fire.

“The bridge, therefore, has to be temporarily closed to vehicular traffic movement to enable the state government conduct structural tests on the bridge,” the Commissioner for Transportation, Dr Frederic Oladeinde, said yesterday.

He further announced alternative routes for use by motorists pending the outcome of the tests and the reopening of the bridge to traffic.

“Motorists from Mile 2 to Cele on Apapa-Oshodi Expressway approaching Iyana-Isolo through Daleko Bridge will need to make use of Aiye and Osolo Way to Asa Afariogun through 7&8 to access International Airport Road.

“Motorists from Toyota will make use of the service lanes by Armed Forces Resettlement Centre to BOC Gases on old NAFDAC headquarters, through a U-turn at Cappa on Agege Motor Road to Bolade/Oyetayo Street (Oshodi-Isolo Local Govt Secretariat) through Bolade on Apapa-Oshodi Expressway via Charity in order to reach International Airport Road.

The commissioner said in the light of this development, the Lagos State Traffic Management Officials (LASTMA) will be deployed to the corridors to control and manage traffic flow along the axes during the course of the diversions.

“The government is assuring the motoring public that the Airport Bridge shall be opened for use as soon as the tests or requisite intervention makes it safe and secure to do so. The government, through this statement, appeals to all road users along these corridors to drive safely and patiently by following the traffic advice while assuring them that any inconvenience this may cause is temporary.   ”

This development came after the House of Representatives member representing Oshodi/Isolo Federal Constituency II, Ganiyu Johnson, visited the scene of the incident on Friday, in company of his legislative aides and called for integrity test to be carried out.

“As a structural engineer, I can confirm to you that the structure at the Oshodi-Apapa Expressway that links Airport Road has been badly affected,” Johnson, a former Commissioner for Works and Infrastructure in Lagos State, said after inspecting the scene of the incident.

He said it was imperative to put the bridge connecting the nation’s seaport to the busiest airport in Africa on partial closure, considering the volume of traffic recorded daily till the integrity result would be out. He called on the Minister for Works and Housing, Babatunde Raji Fashola, to act fast.

“We thank God that no life was lost in the incident, but the aftermath of it may be inimical should we fail to act fast as the issue demands our serious and urgent attention,” he advised.

The lawmaker further called on the appropriate agency to ensure that “all heavy duty trucks plying roads undergo integrity test for a safer highway and any truck that fails the test should be put off the road.

Another Truck Falls at Marine Bridge

A truck carrying steel rods yesterday fell on its side at Marine Bridge, blocking the bridge. Upon the arrival of emergency responders at the scene, it was observed that a tipper truck with registration number FST59XW, loaded with granite stones, fell on the road, obstructing free flow of traffic.

Further investigation revealed that the accident occurred while the tipper tried to avoid a collision with a saloon car.

A statement by the Director-General, Lagos State Emergency Management Agency (LASEMA), Dr Femi Oke-Osanyintolu, said no loss of life or injury was recorded at the scene of the incident, adding that the loaded granite had been trans-loaded into another truck.