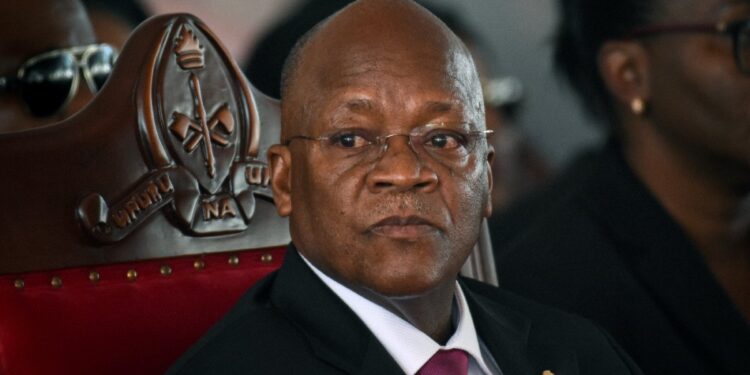 Main opposition party says it knows ‘for sure that the president is ill’, even as the government calls on citizens to ignore rumours.

A main opposition party in Tanzania has urged the government to “fully explain the mystery surrounding” President John Magufuli’s nearly three-week absence, saying the public has the right to know about his whereabouts and who is running the country.

A vocal COVID-19 sceptic, Magufuli last appeared in public on February 27 and in recent days, speculation has been rife that the 61-year-old is ill with the coronavirus – though the prime minister said last week the president was healthy and hard at work.

In a statement on Tuesday, the ACT-Wazalendo party said Magufuli’s absence amid the clatter of rumours “has raised palpable public anxiety and tension which threatens the welfare of the country”.

“We demand that the relevant authorities immediately tell Tanzanians the real situation of Dr Magufuli’s condition and assure the republic about continuity of the roles of his office as stipulated in the Constitution,” the statement signed by ACT-Wazalendo leader Zitto Kabwe said.

Kabwe said Tanzania’s constitution allows for the cabinet to submit a resolution to the chief justice to put together a medical inquiry to certify the president is “unable to discharge the functions of his office by reason of physical or mental infirmity”.

He also called for the “unconditional” release of several people arrested in the country since last week for allegedly spreading false information about the sickness of political leaders, according to the police, who did not mention the president’s name when referring to the arrests.

Legal and Constitutional Affairs Minister Mwigulu Nchemba said on Monday anyone “blathering, spreading misinformation” were breaking the law and could be arrested.

Nicknamed the “Bulldozer”, Magufuli was elected in 2015 on promises to tackle corruption and boost infrastructure development. He won a second term in a disputed poll last year.

However, his government has been accused by rights groups of stifling democracy and cracking down on the media. As a result, the country’s journalists are too afraid to dig into the story.

“It’s all about survival and telling the truth … you need to play it safe to continue operating or rush to this delicate story and risk your licence and most importantly your life,” an editor of a privately-owned Swahili newspaper told the AFP news agency on condition of anonymity.

Magufuli’s absence comes amid a string of high-profile deaths and illnesses attributed to “respiratory problems” or “pneumonia”.

The president has long downplayed the severity of COVID-19, urging Tanzanians to pray, use steam inhalation and embrace local remedies to protect themselves from the respiratory disease. Tanzania stopped releasing infection numbers in April 2020, weeks before Magufuli declared the country coronavirus-free in June through divine intervention.

He refused to wear a face-mask or take lockdown measures. But a week before he was last seen, Magufuli conceded the virus was still circulating, after the vice president of semi-autonomous Zanzibar was revealed to have died of COVID-19.

Addressing a congregation at a church service in Dar-es-Salaam, he said the government had not forbidden the wearing of masks and encouraged those who wanted to do so.

On Monday, Lissu said on Twitter his intelligence sources “say he’s on life support with COVID and paralysed on one side and from the waist down after a stroke. Tell the people the truth!”

Among the theories in circulation is that Magufuli is severely ill in a hospital in Kenya or India, while another suggests he never left Tanzania at all. Kenyan media have reported the presence of “an African leader” in a Nairobi hospital in clear reference to Magufuli, although government officials deny he is present.

The Tanzanian government has said very little, other than to threaten those spreading rumours with jail time.

On Friday, Prime Minister Kassim Majaliwa said Magufuli was “strong and working as usual”. On Monday, Vice President Samia Suluhu Hassan dropped a possible hint the president is ill, without naming him.

“Our country is now full of rumours from outside but that should be ignored … It’s quite normal for a person to contract flu, fever or any other disease,” she said. “If there’s need for us to remain united, the time is now.”

In his statement, Kabwe said the government was merely giving room for panic.

“We know for sure that the president is ill but we are surprised by the deepening silence about the matter,” he said. “We need to know who is currently heading the government through which constitutional powers.”