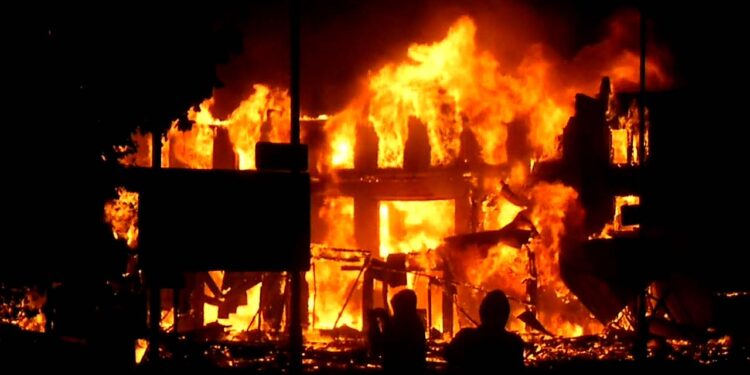 The fire started from the top floor of the building and burnt the entire floor before it was put under control by emergency responders.

Witnesses said the inferno started around 7:51am in one of the apartments of the top floor before it spread to other flats.

A resident, who pleaded anonymity, said the fire started from a room where a neighbour was cooking.

“I was still sleeping when I heard that someone jumped down from the top floor and people in the street were already shouting thinking it was a thief.

“It was when we all went out that we saw smoke coming from upstairs.

“We started waking other neighbours up so we could all evacuate the building and that was when we found out that one of our neighbour’s maid was cooking with gas inside the room and the gas exploded which caused the fire.

“Instead of her to shout for help on time, she shut the door and jumped out of the building critically injuring herself and causing this so much which could have been avoided if only she spoke out on time.

It was gathered that the injured teenager was rushed to a nearby private hospital for urgent attention.