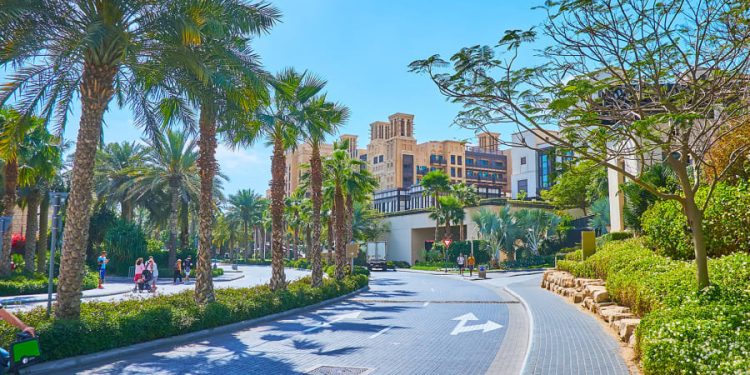 When it comes to fashion, street style has as much cachet as runway style — in fact, there are dozens of blogs and Instagram accounts dedicated to chronicling the best streetwear looks.

That’s because urban chic has always started in the street, where people from all kinds of classes and backgrounds can mingle with each other on the way to work, school, home and entertainment venues.

This year, Time Out — the media and hospitality brand that publishes local guides to some of the world’s most interesting cities — has released its second annual roundup of the world’s coolest streets.

More than a neighborhood, a single street can define a city’s culture.

“In most of the world, pre-pandemic life has returned with a bang. With people excitedly making plans and going out in their own cities and on city breaks again,” James Manning, travel editor for Time Out, said in a statement. “Our list of the Coolest Streets in the World takes in the key thoroughfares which clued-up locals — including our expert editors and contributors — recommend strolling down right now.”

This year’s list has 33 streets, three more than the inaugural roundup in 2021. It also includes several new cities, including Taipei, Mumbai, Athens and Accra.

This year’s list-topper is Rue Wellington, in Montreal’s Verdun neighborhood.

Time Out Canada editor Laura Osborne says that the street has “killer cocktail bars, stellar brunch spots, some of the best sandwiches in town and even a sandy urban beach,” plus it’s becoming pedestrian-only in 2023, which will doubtlessly add more cool points.

“We know that this main street, also known as Promenade Wellington, has been reinventing itself in original and creative ways for many years now, and it’s really exciting to see how Verdun continues to shine,” Yves Lalumière, President and CEO of Tourisme Montreal, told CNN Travel.

Asia and the Pacific

Five of the top 10 streets are in this region.

Melbourne, Australia topped the 2021 list with Smith Street but has fallen into second position this year. The city’s Gertrude Street made the list, with Time Out Australia’s Eliza Campbell describing it as “beautiful, unassuming and devoid of the rampant nightlife of its comparatively rowdy siblings.”

CNN digital producer Rhea Mogul, who lives on the street, reports that the best things about living there are the dog-friendly cafes and the “great mix of old and new.” Tai Ping means “peace and stability” in Cantonese, while Shan means “hill.”

A high debut for 2022 is Taipei’s Yongkang Street, which is home to beloved craft beer makers Zhang Men Brewing.

“We integrated various resources to promote this neighborhood to international tourists, and we are very happy that it is listed,” Huang Shih-fang, director of the international affairs division for Taiwan’s tourism board, tells CNN. “We hope to bring tourists back to the area once the border is opened.”

Time Out, which is headquartered in London, looked close-ish to home for some of its picks this year. The British capital’s coolest thoroughfare in 2022 is Deptford High Street, a mix of street stalls, markets, shops, bars and more, which Time Out editor Chris Waywell says is not just London’s coolest street but its “most alive.”

And Denmark’s metropolis of Copenhagen — which CNN Travel crowned “Europe’s new capital of cool” last year — lands in the fifth spot. The street of Værnedamsvej was dubbed a “mini Paris” by Time Out’s editors, owing to wine and cheese shops and plenty of fresh flowers. That has to hurt for Paris, which didn’t actually make the list.

Other European streets getting shout-outs on the 2022 list are Kolokotroni in Athens, Calle Echegaray in Madrid and Capel Street in Dublin.

About the last of those three, Dublin-based travel writer Nicola Brady says that Capel — which rhymes with “maple” — “feels like a proper slice of old Dublin.”

She adds that the street, which became pedestrianized earlier this year, has “little hardware shops and pubs that have been there for decades alongside great Korean and Vietnamese restaurants that are newer to the scene.”