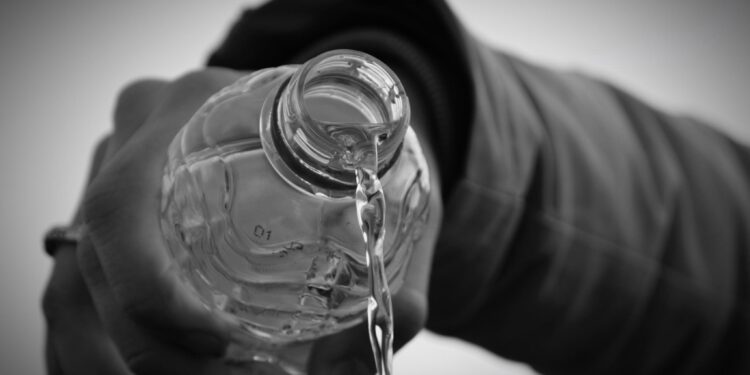 A trader has been accused of bathing his apprentice with acid in the Lekki area of Lagos.

The apprentice identified as Ifeanyi was reportedly detained for over three months, without treatment, at the trader’s house in the same axis.

The trader, identified only as Anaayo, who owns Ayocity Surgicals, was taking stock of his goods at his shop in the Idumota area of the state sometime in November 2020 when he discovered that some items were missing.

Agitated by the discovery, Anaayo allegedly summoned his apprentices, including Ifeanyi, and demanded an explanation for the missing goods.

It was learnt that when Ifeanyi and his co-apprentices, including the managers, could not give a satisfactory explanation for the missing goods, Anaayo was said to have told them that they would continue the discussion when they got home.

A businessman, Chijioke Emmanuel, whose shop is near Anaayo’s, said all the apprentices except Ifeanyi took to their heels after being interrogated by their boss, adding that Anaayo allegedly poured acid on the victim.

He said, “Ifeanyi is an apprentice under Anaayo, whose company’s name is Ayocity Surgicals. What happened was that Anaayo complained that some of his goods were missing before last Christmas. Anaayo has managers for his company and Ifeanyi, who is just 17-year-old, was one of them.

“He started serving Anaayo not up to five months and was also living with him like his co-apprentices. They all gave their explanations when Anaayo summoned them about the missing goods, but Ifeanyi appealed to him to discuss with his managers. They were to continue the interrogation at home when the managers ran away from Anaayo’s house, because what was missing concerned them.

“Ifeanyi didn’t run, so his boss got hold of him and started beating him to get more information about what happened and the whereabouts of the fleeing workers. Anaayo locked Ifeanyi inside the toilet and went to the market.

“On his return, Anaayo asked if he was willing to say the truth, but when Ifeanyi could not say anything, he brought out the acid that he usually uses to kill ants and snakes crawling into his house from a nearby bush, and poured it on him. Ifeanyi’s head, back and other parts of his body were damaged by the acid.”

Despite the pain Ifeanyi was going through, Emmanuel alleged that Anaayo locked him up for three months without treatment, adding that the incident became public knowledge when the victim escaped from the house.

Emmanuel stated, “Anaayo locked Ifeanyi inside the toilet, where he spent days before his boss brought him out and locked him up in a room. But the acid had already damaged his body; doctors are saying that the acid also affected his brain and he needs urgent surgery.

“The incident happened in November 2020, but when we no longer saw Ifeanyi at Anaayo’s shop, we started asking after him, but the boss told us that he was doing something for him at home. We never knew that he locked him up, because of what he had done to him. He never gave him any treatment after pouring acid on him.

“It was when Ifeanyi managed to escape from home that he got help from people, who took him to the human rights office in Ikeja and the police were contacted and Anaayo was arrested on Thursday, February 11, 2021, and he has been in detention at the Area ‘F’ Command in Lagos since then.”

When contacted, the state Police Public Relations Officer, Muyiwa Adejobi, said, “As of now, we have not got any information regarding that particular incident; I will find out.”