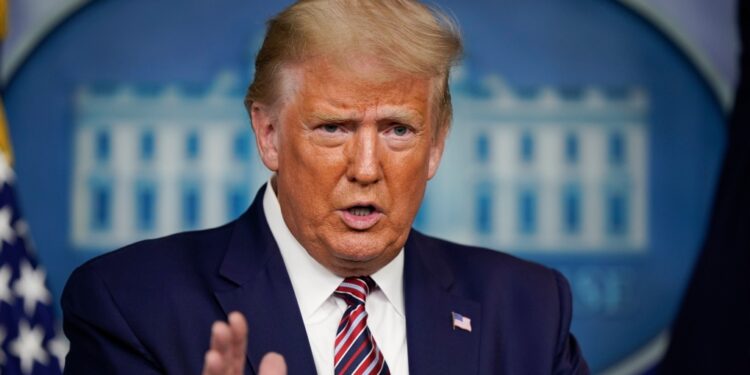 President Donald Trump has signed an executive order banning Americans from investing in Chinese firms that the administration says are owned or controlled by the Chinese military.

The order applies to 31 Chinese companies which it says “enable the development and modernization” of China’s military and “directly threaten” US security.

Smartphone maker Huawei and Hikvision, one of the world’s largest manufacturers and suppliers of video surveillance equipment, are among the blacklisted companies. Some of the other companies listed, including China Telecom and China Mobile, trade on the New York Stock Exchange.

Trump’s order bans US investors from owning or trading any securities that originate or are exposed to those firms. This includes pension funds or owning shares in the companies that are banned. Investors will have until November 2021 to divest from the companies.

Shares in Hikvision fell more than 4% in early morning trade in Shenzhen on Friday, before paring back some of those losses. Shares in China Telecom (CHA) plunged 9.3% and China Mobile (CHL) was down 6.1% in Hong Kong. Huawei is a private firm.

Hikvision said on Friday that the decision to pursue the company is “groundless.”

“As we have shown time and again, Hikvision is not a ‘Chinese military company’. Hikvision is independently operated and publicly traded,” the company said in a statement.

Hikvision added that it has never participated in any research and development work for military applications.

“These punitive actions against the company do not make America, or the world, any safer,” the company said.

Huawei, China Telecom and China Mobile did not immediately respond to a request for comment.

The executive order, set to take effect January 11, comes as trade and technology battles are heating up between the world’s two largest economies.

Many Chinese tech companies have come under pressure during the Trump administration. Over the past few years, Washington has taken aim at China’s lofty tech ambitions, striking blows at the country’s developing artificial intelligence, semiconductor and telecommunications industries.

Trump’s latest move is in line with what industry watchers such as Paul Triolo, head of geotechnology at consultancy Eurasia Group, expected from the lame-duck presidency.

Beijing “will be on guard for the Trump administration to take some hard parting shots at China, particularly actions against major Chinese tech companies,” Triolo wrote in a note last week.

“But China will generally stay restrained in its retaliatory measures in order not to poison relations before [US president-elect Joe] Biden takes office on 20 January,” he added.

Washington officials earlier this year escalated sanctions on national tech champion Huawei, citing national security concerns. The US restrictions — which further cut off Huawei’s access to vital American technology and supplies — have pushed the smartphone and telecommunications equipment maker into survival mode. Huawei has repeatedly said that its products do not pose a national security risk.

Hikvision was also added to a US trade list barring access to American supplies late last year. The company had been condemned for working with authorities in Xinjiang who are accused of alleged violations of human rights against Uyghurs and other members of Muslim minority groups.