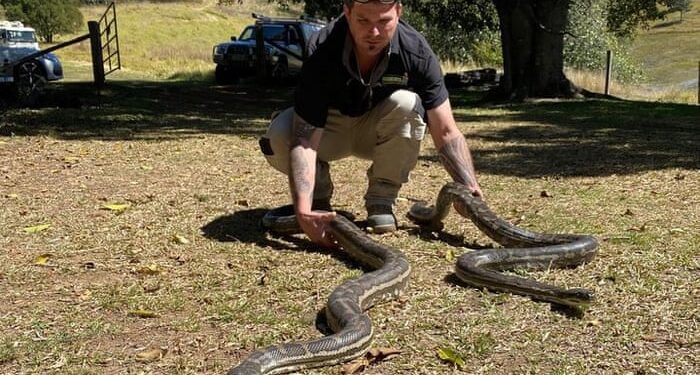 A man in Brisbane, Australia, returned home to find two huge snakes had fallen through his kitchen ceiling on Monday.

The carpet pythons measured around 2.9 meters (9.5 feet) and 2.5 meters (8.2 feet), according to snake catcher Steven Brown, of Brisbane North Snake Catchers and Relocation, who removed them from the property.

“Both these snakes were two of the fattest snakes I’ve seen, as in the amount of muscle they had,” Brown told CNN, adding that they were “very well fed.”

The snake catcher posted the shocking find on Facebook, including a number of incredible photos. 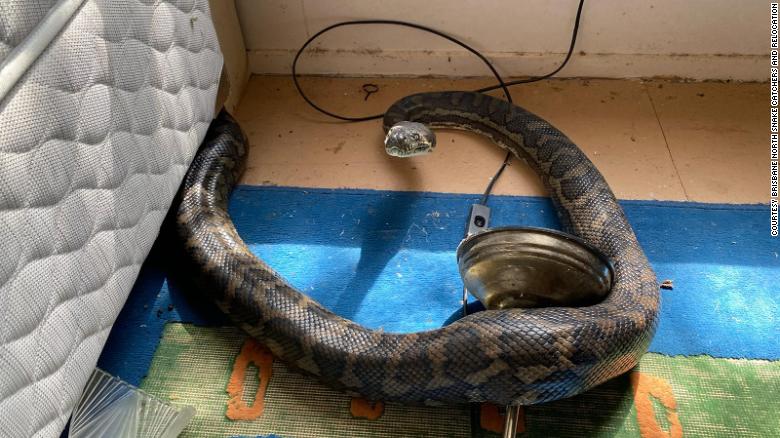 “In the post, Brown revealed that his customer had found two very large coastal carpet pythons in his house when he got home.

“Wasnt till I got there that I found they had come crashing through the customers ceiling in the kitchen (sic),” he wrote.

When Brown arrived, he found one of the snakes next to the front door and the other in a bedroom, he said. 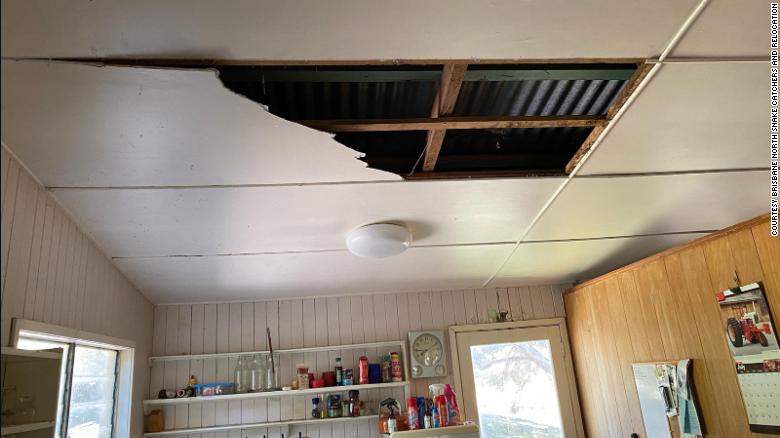 The snakes crashed through a ceiling.

The snake catcher told CNN that it is breeding season for the snakes and it is likely the two males were fighting over a nearby female, who could have been in the roof or somewhere around the house.

“I was unable to check (the) roof cavity as there was no crawl space between (the) roof and ceiling,” said Brown, who said it is common to find the snakes in warm, dry roof cavities in the cooler winter months.

Carpet pythons are non-venomous and not aggressive if left alone, said Brown. 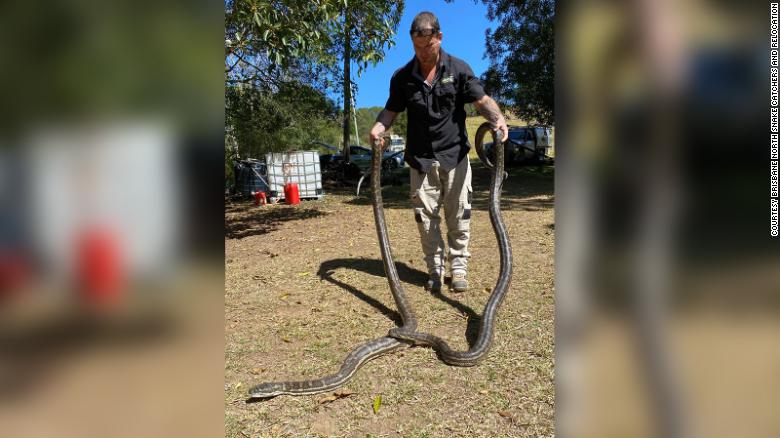 Brown pictured with the two snakes.

“No snake wants to hurt anyone,” he added, but they will defend themselves if threatened.

The creatures were relocated 1 kilometer (about 0.6 miles) away from the man’s house, in a state forest, Brown said.

Snakes are not uncommon sightings in people’s homes in Australia.

Last month, a woman in North Queensland who had difficulty flushing her toilet was shocked to find four snakes coiled up inside the cistern.

Sofie Pearson, 25, who lives on a cane farm, told CNN affiliate 7News that, when she went to her bathroom, she had to push down hard on the button to get the toilet to flush.

“I was a bit confused,” she told 7News. “So I figured I’d just pull the top off and check what the issue was.”

What she discovered were four common tree snakes, the largest of which was 3.2 feet (1 meter) long, 7News reported.