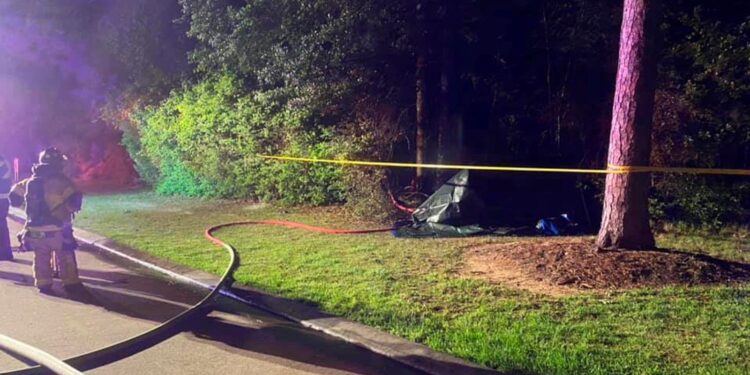 The Tesla Model S hit a tree and burst into flames

After the fire was extinguished, one of the victims was found in the front passenger seat, while the other was in the back.

Two men have been killed after a Tesla crashed into a tree and burst into flames, and officials have said no one was in the driver’s seat.

The 2019 Tesla Model S was travelling at high speed at the time of the incident on Saturday night in Texas.

Reports suggest the car failed to negotiate a curve and veered off the road.

After the fire was extinguished, one of the victims was found in the front passenger seat, while the other was in the back.

Tesla is facing growing scrutiny over its semi-automated driving system following a spate of recent accidents.

Its shares were trading almost 2% down in pre-market deals on Monday morning.

The company is planning to launch an updated version of its “full self-driving” software to a greater number of customers.

In January, Tesla CEO Elon Musk said he expects the upgrade to deliver huge profits for the company – and added that he was “highly confident the car will be able to drive itself with reliability in excess of human this year”.

Last month, the National Highway Traffic Safety Administration confirmed that it has opened 27 investigations into crashes of Tesla vehicles, and at least three of these incidents happened recently.

'It's a tragedy.' French winemakers face devastation after worst weather in 30 years