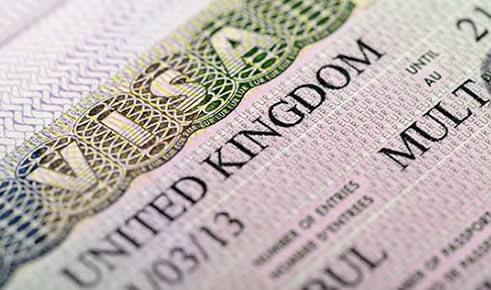 The new UK Health and Care Visa launched is bent on making it cheaper, quicker and easier for health and care professionals from Lagos, Nigeria and other countries around the world to come to the UK from August.

The new Health and Care Visa, according to the UK, will come with a reduced visa application fee compared to that paid by other skilled workers, including exemption from the Immigration Health Surcharge.

Health and care professionals applying on this route can also expect a decision on whether they can work in the UK within just three weeks, following biometric enrolment.

Those working in health and social care, who do not qualify for the Health and Care Visa, will still be able to claim a reimbursement from the Immigration Health Surcharge if they have paid this on or after 31 March.

The Home Secretary and Secretary of State for Health and Social Care, Priti Patel, Wednesday, announced that the Visa would be launched this Summer, creating a new fast-track visa route for eligible health and care professionals and delivering on a key manifesto commitment.

He further provided details on how the exemption to the Immigration Health Surcharge would work for health and care staff, who would be permanently exempt from this charge.

“The Home Secretary and Health and Social Care Secretary have together developed the Health and Care Visa to demonstrate the government’s commitment to deliver for the NHS and wider health and care sector. It is designed to make it easier and quicker for the best global health professionals to work in the NHS, for NHS commissioned service providers, and in eligible occupations in the social care sector,” he adds.

Speaking, Patel noted that the legislation needed to open the new route wouldj be laid in Parliament today and health professionals would be able to apply from August.

The home secretary said, “We are indebted to overseas health and care professionals for their tremendous contributions, not just in saving thousands of lives throughout this crisis, but for the vital role they play year-round.”

This new visa is part of our new immigration system making it quicker, cheaper and easier for the best and brightest health and care professionals from around the globe to work in our brilliant NHS.

According to Patel, Health and care professionals from all over the world have played a vital role in hospitals and care homes across the country fighting coronavirus. The introduction of the Health and Care Visa follows a number of unprecedented measures to show the UK’s gratitude to health workers from overseas.

He says, “Our health and care system has always had a proud tradition of welcoming overseas staff to work, train and live in the UK, and I’m proud that the NHS is a destination of choice for talented people from around the world.”

“The unwavering commitment, skill and compassion staff have shown during the fight against this deadly virus” he acknowledged “Is nothing short of phenomenal, and the reimbursement of the immigration health surcharge recognises the enormous contribution of those who have come to the UK to work in health and social care.”

He expressed further, “I’m incredibly proud of our health and care workforce and look forward to welcoming new professionals from across the globe to continue the fantastic work to ensure our health system remains the best in the world.”

Right across the immigration system the Home Office is already supporting frontline healthcare staff through initiatives such as visa extensions and the creation of the bereavement scheme.

As part of the launch of the Health and Care Visa, the home secretary highlighted that those who apply via the visa and their dependants would be exempted from the Immigration Health Surcharge.

“The government has already began refunding Immigration Health Surcharge payments for any healthcare professionals on Tier 2 visas who have paid since 31 March this year, and this process will continue.”