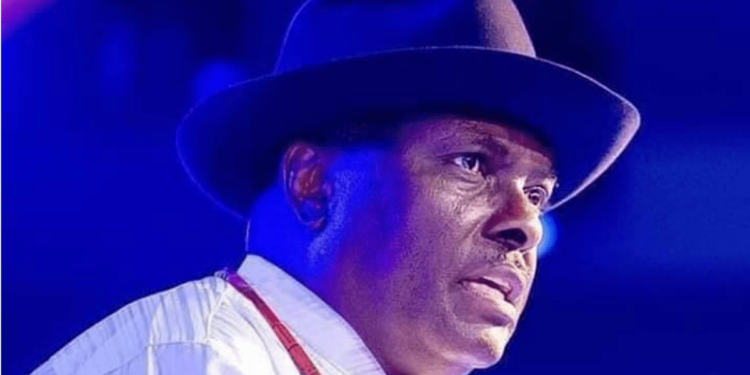 The United Kingdom is set to return no lesser than £4.2m recovered from former Delta State Governor, James Ibori, who was convicted of corruption charges in the U.K. in 2012.

The money which converts to about N2.4 billion at the official exchange rate, is geared to return to Nigeria’s coffers.

Representatives of both the U.K. and Nigerian governments signed an agreement for the return of the money to Nigeria in Abuja on Tuesday.

The signing of the agreement, which took place at the Federal Ministry of Justice, Abuja, was done under the auspices of the U.K.-Nigeria Memorandum of Understanding (MoU), which came into force in 2016.

The funds, about £4.2 million was recovered from Ibori, his associates and relatives.

Ibori had stolen millions from the indigent people of oil-rich Delta State and laundered the proceeds in the U.K. He had earlier been set free of the charges by a Nigerian federal court.

Speaking at the event Ms. Laing said the signing of the agreement was a demonstration of the U.K. government’s commitment to recovering and returning corruptly-obtained assets to the rightful owners.

She noted that the recovered fund was a product of a long-drawn battle with third parties who had shown interest in it but were eventually defeated in U.K courts.

She said, “This agreement represents the culmination of many years of work by law enforcement authorities in the UK and Nigeria. The return of the assets to Nigeria has been subject to a number of hard-fought legal challenges by third parties which were defeated in the UK courts.

“It is vitally important that this agreement maxes strong provision for transparency, monitoring and accountability. It is a guiding principle of both the U.K. and Nigerian governments that stolen assets should be used for projects that benefit Nigeria’s poor.

“I believe that this agreement demonstrates the UK’s commitment to recovering and returning corruptly-obtained assets.”

She said the agreement was another example of the success of the close collaboration between the U.K. and Nigeria.

She also warned intending looters that stolen assets were not welcome in the U.K., adding that whoever hide proceeds of crime in her country would be visited with the full weight of the law.

“Money obtained through criminality or corruption is not welcome in the UK. We will ensure the full weight of law enforcement to crack down upon those who look to use, move or hide their proceeds of crime in the U.K,” she said.

‘Funds to be Invested into Capital Projects’

On his part, the AGF said the money would assist the Nigerian government in expediting the construction of the Lagos-Ibadan Expressway, Abuja-Kano Road and the Second Niger Bridge, which he said would boost economic growth and help alleviate poverty.

He said, “The government of Nigeria is committed to ensuring the transparent management of recovered assets. The asset returned from the UK will support and assist in expediting the construction of three major infrastructure projects across Nigeria: The Lagos — Ibadan Expressway, Abuja-Kano Road and the Second Niger Bridge.

“These projects are being executed under the supervision of the Nigeria Sovereign Investment Authority.

“The projects will boost economic growth and help alleviate poverty by connecting people and supply chains from the East to the West and to the Northern part of Nigeria, a vast area covering several kilometers with millions of the country’s population set to benefit from the road infrastructures.”

He also appealed to the U.K. for greater cooperation in the early repatriation of stolen assets.

Mr. Malami also noted that the participation of civil society organisations in the monitoring of the use of the returned of the assets was a great innovation and was fully supported by the government of Nigeria.

He urged other African countries to emulate Nigeria’s great strides in the application of returned assets to development projects in line with the United Nations Sustainable Goal 16.

The projects for which the money has been earmarked are being executed by the Nigeria Sovereign Investment Authority.

The Nigerian government has also established a Monitoring Team to oversee the implementation of the projects and to report regularly on progress.