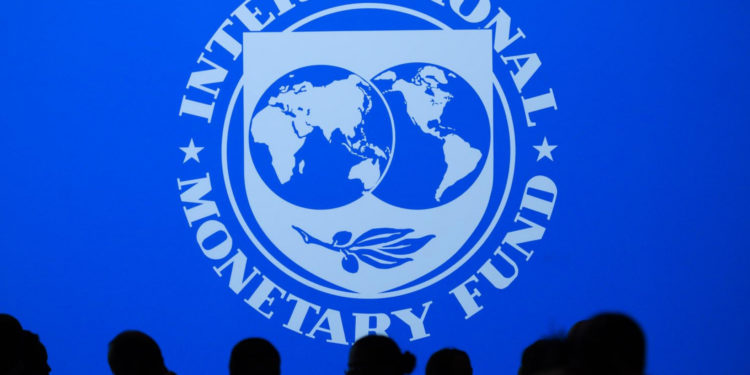 The International Monetary Fund (IMF) on Tuesday cut its global economic growth forecast for 2022 to 3.2 per cent in its report titled ‘Gloomy and more uncertain’, as the Ukraine-Russia conflict continues to disrupt the global supply chain.

The Washington-based lender had in the World Economic Outlook report titled, “War sets back global recovery, in April forecast global growth of 3.6 per cent for 2022.

However, the global bank retained Nigeria’s growth forecast for 2022 at 3.4 per cent.

According to the latest report, a tentative recovery in 2021 has been followed by increasingly gloomy developments in 2022 as risks began to materialise.

It stated that global output contracted in the second quarter of the year, owing to downturns in China and Russia, while US consumer spending undershot expectations.

The report said, “Several shocks have hit a world economy already weakened by the pandemic: higher-than-expected inflation worldwide––especially in the United States and major European economies––triggering tighter financial conditions; a worse-than-anticipated slowdown in China, reflecting COVID-19 outbreaks and lockdowns; and further negative spillovers from the war in Ukraine.

“The baseline forecast is for growth to slow from 6.1 per cent last year to 3.2 per cent in 2022, 0.4 percentage points lower than in the April 2022 World Economic Outlook. Lower growth earlier this year, reduced household purchasing power, and tighter monetary policy drove a downward revision of 1.4 percentage points in the United States.

“In China, further lockdowns and the deepening real estate crisis have led growth to be revised down by 1.1 percentage points, with major global spillovers. And in Europe, significant downgrades reflect spillovers from the war in Ukraine and tighter monetary policy.

“Global inflation has been revised up due to food and energy prices as well as lingering supply-demand imbalances and is anticipated to reach 6.6 per cent in advanced economies and 9.5 per cent in emerging market and developing economies this year—upward revisions of 0.9 and 0.8 percentage point, respectively. In 2023, disinflationary monetary policy is expected to bite, with global output growing by just 2.9 per cent.”

IMF noted that the risks to the outlook were overwhelmingly tilted to the downside.

With increasing prices continuing to squeeze living standards worldwide, it said taming inflation should be the first priority for policymakers. Tighter monetary policy will inevitably have real economic costs, but the delay will only exacerbate them.