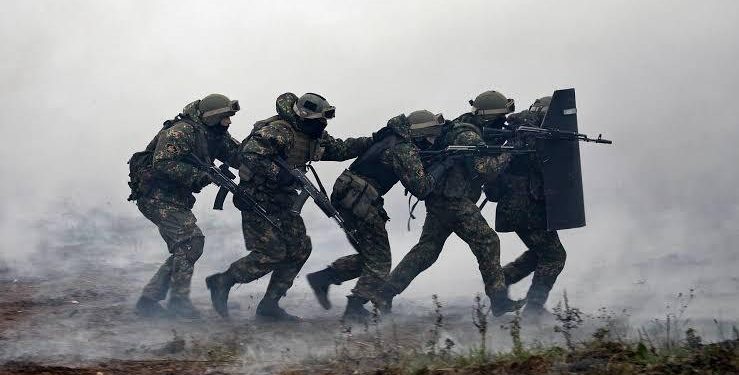 Ukraine has warned that Russia has “almost completed” its build-up of forces that could be used for an offensive against the country, compounding fears that Moscow could launch an invasion at any time.

According to the Ukrainian Defense Ministry’s latest intelligence assessment — shared exclusively Tuesday with CNN — Russia has now deployed more than 127,000 troops in the region.

“The full strength of RF AF (Russian Federation’s Armed Forces) land group at the Ukrainian direction — (is) over 106,000 personnel. Together with the sea and air component, the total number of personnel is over 127,000 servicemen,” the assessment said.
The assessment called the situation “difficult,” and said Ukraine believes Russia is “trying to split and weaken the European Union and NATO.”

Russia’s actions are also “aimed at limiting the capabilities of the United States,” the assessment said, “to ensure security on the European continent.”

The assessment comes after three rounds of diplomatic talks between Russia and the West aimed at de-escalating the crisis failed to produce a resolution last week.

Ukrainian military intelligence said Russia has deployed troops from its central and eastern regions to its western border “on a permanent basis.” At the end of December and in January, Russia has been moving “stockpiles of ammunition, field hospitals and security services” to the border, it said, which according to Ukraine “confirms the preparation for offensive operations.”

Russia’s intelligence activity against Ukraine has also intensified, the assessment said, with additional radio and satellite traffic units being deployed near the Ukrainian border and reconnaissance flights along the border having tripled since this time last year.

The Ukrainian military also said Russia could use medium-range missile weapons to “destroy vital objects,” noting “additional tactical groups of ‘Iskander’ operational-tactical missiles” have been transferred to the border.

As of mid-January, there are 36 Iskander launchers near Ukraine, according to the assessment.
Iskander missiles are capable of striking targets 500-700 km (approximately 310-430 miles) away and could now target areas including the capital, Kyiv, it said.

LASEMA Extinguishes Burning Tanker With 46,000 Litres Of Fuel In Lagos