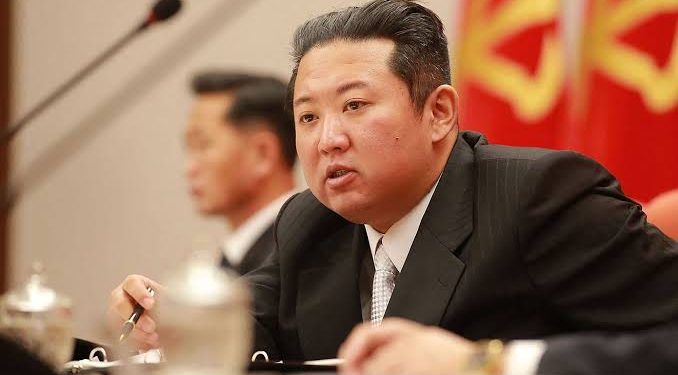 Experts said there was “a marked acceleration” of Pyongyang’s testing and demonstration of new short-range and possibly medium-range missiles through January, adding that the country’s capability to produce nuclear fissile materials violated UN Security Council resolutions.

The attacks allow North Korea to continue seeking material and technology across the globe, including in Iran, for its weapons.

North Korea, formally known as the Democratic People’s Republic of Korea (DPRK), continues to seek “material, technology and know-how for these programmes overseas, including through cyber means and joint scientific research”, the expert panel cautioned.

It said Pyongyang had also “increased capabilities for rapid deployment, wide mobility (including at sea), and improved resilience of its missile forces”.

North Korea has continued to modernise its nuclear weapons and ballistic missiles flouting UN sanctions, the report pointed out.

Blockchain analysis company Chainalysis said in a report last month that North Korean hackers stole about $400m (£300m) in cryptocurrency in 2021 – about 40 per cent more money from hacking than it did in 2020.

The report noted that the Lazarus Group – an infamous state-sponsored cybercrime unit – was behind most of the seven major digital attacks.

“Once North Korea gained custody of the funds, they began a careful laundering process to cover up and cash out,” the Chainalysis report said.

The UN Security Council had noted in 2019 that North Korea had earned about $2bn (£1.5bn) over three years via illegal cyber activities.

In recent months, Pyongyang has launched a wide range of weapons systems and threatened to lift its four-year moratorium on more serious weapons tests, including nuclear explosions and intercontinental ballistic missile launches.

North Korea launched a record nine missiles in January and recently tested a developmental hypersonic missile and a submarine-launched missile as well.

While UN sanctions ban North Korean coal exports, the new report said coal exports by sea increased during the second half of 2021 even though “they were still at relatively low levels”.

“The quantity of illicit imports of refined petroleum increased sharply in the same period, but at a much lower level than in previous years,” the expert panel noted, adding that North Korea continues to evade maritime sanctions “by deliberately obfuscated financial and ownership networks.”