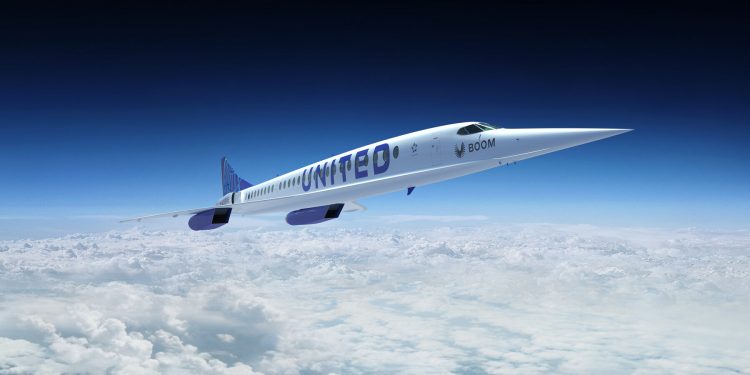 United Airlines announced a deal to buy 15 supersonic jets, planning to carry passengers on the ultra-fast planes by 2029.

If the airline can follow through with its plan, these would be the first commercial supersonic flights since the grounding of the Concorde jet in 2003.

The economics of that fuel-guzzling supersonic jet and restrictions on flying it over land at speeds that would produce a sonic boom doomed the Concorde.

Airlines had to try to fill the plane with passengers willing to pay a substantial premium over a first-class ticket on traditional aircraft.

United is buying the supersonic jet from Boom Supersonic, a privately held upstart aircraft maker based in Denver. The plane, dubbed the “Overture,” is slated to be completed by 2025, start test flights by 2026 and carry passengers by 2029. United has agreed to buy 15 of the jets, with options for 35 more.

The plane is slated to fly at Mach 1.7, or roughly twice as fast as today’s commercial jets. It will be able to fly from United’s hub in Newark, New Jersey, to London in just three-and-a-half hours. It could make the Newark to Frankfurt trip in four hours and San Francisco to Tokyo in just six hours.

Another lofty, but unproven, goal for Boom’s Overture: It plans to fly on 100% sustainable aviation fuel (SAF), which would allow it to be the first aircraft to begin with net-zero carbon flights.

“United continues on its trajectory to build a more innovative, sustainable airline and today’s advancements in technology are making it more viable for that to include supersonic planes,” said United CEO Scott Kirby.

“You need to find enough full-fare premium passengers to justify the aircraft. Good luck with that,” said Richard Aboulafia, aerospace analyst with the Teal Group.

Airlines have slammed the brakes on their purchases of planes in the last year as the Covid-19 pandemic slashed demand for air travel. Losses mounted.

But airlines are seeing signs of recovery in demand for air travel. So there’s limited financial risk to United ordering a plane that — if it is approved to fly — would not be delivered until the end of the decade.

“This is the best form of free advertising,” said Aboulafia. “It likely doesn’t cost anything. It’s gets them free publicity as a forward looking airline with, bizarrely, a concern about the environment.”

After the economic failure of the Concorde, both airlines and aircraft makers have generally concentrated on greater efficiency, not speed.Boeing (BA) dropped plans for a near-supersonic jet, the Sonic Cruiser, and instead developed a lightweight fuel-efficient jumbo jet, the 787 Dreamliner. Rival Airbus attempted to answer airlines’ desire for efficiency with a super-jumbo jet, the A380, which never lived up the promised sales. Airbus stopped building it last fall.

Plans for supersonic passenger flights have usually been limited to corporate jets, although those plans have encountered trouble coming to fruition.