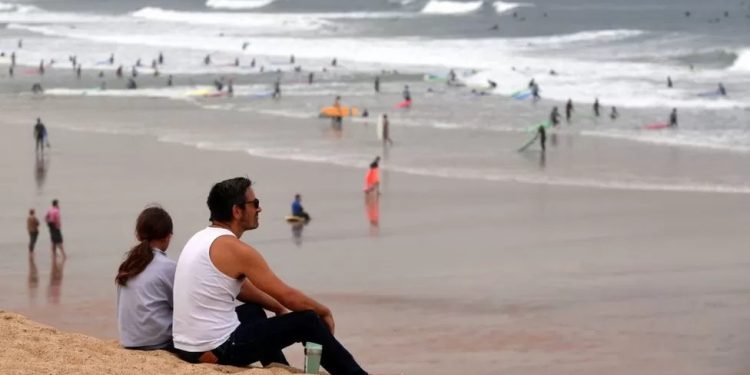 Parts of France and Spain are seeing an unusually warm late October, with bathers enjoying water temperatures of 20-21C on the French Riviera.

“This year is exceptional,” Rose-Marie Martini told Reuters news agency as she tanned on the beach at Nice.

“At the end of October it cools down normally and by All Saints Day [1 November] it usually rains.”

Millions anxious about the jump in Europe’s fuel prices will not have to turn on their heating just yet.

However, it may also be a sign of changing weather patterns after a summer which saw extreme heat in Europe, with ferocious wildfires and droughts.

Heatwaves have become more frequent and more intense, and last longer, because of human-induced climate change.

The world has already warmed by about 1.1C since the industrial era began and temperatures will keep rising unless governments around the world make steep cuts to emissions.

In the next few days Nice can expect a daily high of around 24C, with a similar forecast for Malaga in the south of Spain.

France recorded temperatures of five to six degrees above normal in the past 10 days.

Françoise Vimeux, a climate scientist at the French National Research Institute for Sustainable Development, said it was “very likely” that the balmy weather could be attributed to climate change.

“It’s very consistent with the projections, with what you might expect in a warmer climate,” she told French public radio.

One French journalist detected a degree of confusion over what to wear outdoors among his fellow citizens in the capital Paris.

“Effect of the abnormal heat this end of October?” Louis San tweeted. “I just passed someone in shorts and a parka.”