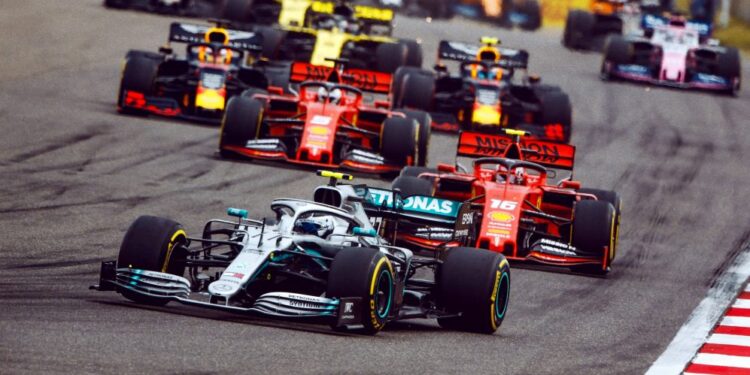 Since the Spanish Grand prix main race came to a close last week Sunday on 16th August 2020, there has been no race to report as there is two weeks off from the last grand prix event before the next race would be happening on weekend of 28th August to 30th August at the prestigious Spa-Francorchamps Stavelot, Belgium the venue of the F1 Belgian Grand prix. But while we wait on the drivers and lovely F1 fast cars to get back on the track in Belgium this weekend, there has been some updates from the sports which i will love to share with the F1 lovers on here.

All the 10 F1 teams have put pen to paper and have signed a Concorde Agreement, which will define the way the sport is run and managed and commercial aspects of the sport for the next 5 years from next season 2021 to 2025.

Teams Ferrari, Williams and Mc Laren were first to announce that they have committed their future to the new agreement before all other teams came out with statement to announce that they have signed as well. A press statement from the governing body of F1, The FIA states that this new agreement would seek to close the gaps in financial and on race track disparities and it would be seeking to create a level playing ground and therefore encouraging competitiveness in the sport.

The two-part Concorde agreement would first look out for the financial aspect of F1 and would spell out what each team would be getting in terms of prize money and participation fees, and basically the commercial aspect of each team’s involvements, and the second part is the governance of the sport.

There has been reports of complaints from some quarters about how unfair the previous Concorde agreement was, as its financial aspects was unfair to the smaller teams and the governance also prioritise the concern of certain teams in F1, but the new agreement has corrected that and it hopes to create a level playing field for all teams and thereby increasing competitiveness without necessarily giving an undue advantage to the top teams.

The new Concorde Agreement, plus the regulations for 2022, will ensure that all the new changes in the new agreement would be made a reality and create an environment that is both financially fairer and closes the gaps between teams on the race track.

Williams F1 have been brought over by a US based investment company Dorilton Capital, Williams has been put up for sale since last May, The announcement of the takeover was made public recently and  that’s coming from the back on a new Concorde agreement by all 10 F1 teams.

The brand and the name Williams would remain as the new owners don’t have any intentions of a name change and a statement from Williams also expresses its excitement at the new take over by the new owners and this marks a new era in the history of the Williams team, the statement expresses father optimism at the capacity of the new owners to capitalize on the changes in the new Concorde agreement recently signed to reposition the Williams team into a more competitive and formidable team to reckon with in F1 going forward.

William have recorded previous successes and have been winners of the drivers’ championship on 7 occasions and have also won 9 constructors title since they made their debut on the F1 grid in 1977, Williams is a family team which was formed in 1977 after Frank Williams’s two earlier unsuccessful F1 operations: Frank Williams Racing Cars (1969 to 1975) and Wolf–Williams Racing (1976). All of Williams F1 chassis are called “FW” then a number, the FW being the initials of team co-founder and original owner, Frank Williams. This is an end to an era of the Willams team been a family team but deputy team boss Claire Williams is confident the team is now been left in competent hands who shared the same vision as the family and most importantly the team is on a fresh path to success.

William last won a driver’s championship in 1997 with Jacques Villeneuve claiming the title and they have managed just a 1 grand prix win since 2012, 8 long years ago, they were bottom of the constructor’s title table on the last two seasons in 2018 and 2019 and they are the only team not to have recorded a point in the ongoing 2020 season.

FIA have in a statements released on Tuesday 25th August decided to add 4 more races to ongoing seasons calendar with notably F1 Grand Prix making a return to Istanbul Park in Turkey  since the last race there in 2011 and also back to back races in Bahrain before the season finale race at the Yas Marina Arena at the Abhu Dhabi Grand Prix on  13 December – a date which could see Lewis Hamilton crowned world champion for a record-equaling seventh time if he continues with his present form.

There would be no Chinese Grand Prix this season as the maiden Vietnamese Grand Prix which is billed to hold in capital of Hanoi, which had been set to take place in April, will now have to wait until the next season in 2021.

Also, a cheering piece of news for the F1 fans who have been missing in action since beginning of the season post COVID 19, as An F1 statement also said that “a number of races” this season would be open to a limited number of fans.

A statement credited to the F1 CEO Chase Carey said: “We are proud to announce that Turkey, Bahrain and Abu Dhabi will be part of our 2020 season.