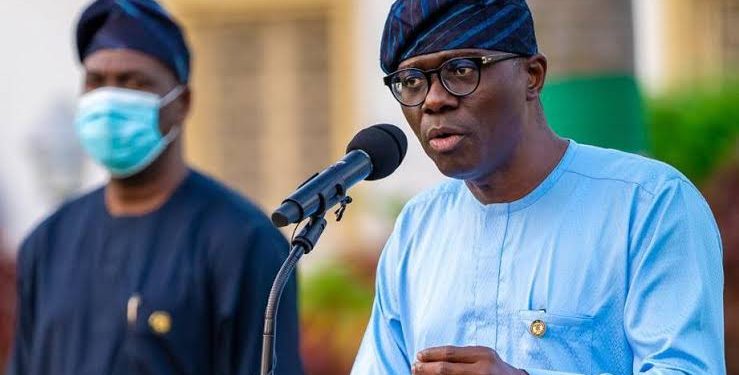 The Lagos State Government and its Delta State counterpart have applauded the plan by the Federal Government to take the states to court on who should collect the Value Added Tax.

The Attorney-General of the Federation and Minister of Justice, Abubakar Malami, SAN, had on Wednesday said the Federal Government might, at the Supreme Court, challenge states on VAT.

He also insisted that the anti-open grazing laws of some states infringed on the freedom of movement as enshrined in the nation’s constitution.

However, the Lagos State Government said it had the powers to collect VAT as declared by a court of law.

The Commissioner for Information and Strategy, Mr Gbenga Omotoso, in an interview with one of our correspondents encouraged the Federal Government to go to the court.

“The matter is in court already, and thankfully, after the High Court, the Appeal will join in the matter so we wait for what the court will say on it. A court judgement has said only states have the power to collect the VAT and it is a declarative judgement.

“If anybody has a contrary position as the Federal Inland Revenue Service has shown, he can go to court and say it. But now be using VAT as campaign slogans is not the way to go. For us in Lagos State, the VAT is going to be for the benefit of all,” he added.

Also, the Delta State Governor Ifeanyi Okowa, who spoke through his Chief Press Secretary, Mr Olise Ifeajika, said the Federal Government had done a good thing by planning to go to the Supreme Court.

He said, “The Federal Government should go ahead and test the law in this matter and allow the court decide.”

Meanwhile on ban on open grazing, the Lagos State government said the law was embraced by all Lagosians.

Omotoso, said, “With due respect to the Attorney-General, he is a man who is versed in Law. In Lagos State, all the ingredients of a good law were considered before the anti-open grazing law was promulgated and signed by Governor Babajide Sanwo-Olu.

“So far so good, the law has been signed, there has been no uproar, no dissension and no anxiety among Lagosians. So if people outside the state are crying more than the bereaved.”

Similarly, Ifeajika said, “The constitution provides that for each state will make laws for good governance.

“The state government, particularly in Delta, makes laws to protect its people and property because the so call freedom that they have for movement is being abused.

However, the Rivers State Government said on Thursday that it would not join issues Malami, on the VAT,

The Rivers State Attorney General and Commissioner for Justice, Prof. Zacchaeus Adangor, SAN stated this in a message sent to our correspondent.

Adangor said, “It will be unfair for me as the Chief Law Officer of the Rivers State to make any comment on a matter that is pending before the apex court of the land.”

On open grazing ban, he said, “It does not lie within the province of the learned AGF to declare a duly enacted law of Rivers State of Nigeria unconstitutional.

“The power to do so lies only with the court of competent jurisdiction. After all, there is a presumption that a law duly enacted by the House of Assembly of the State is valid until same is rebutted.

“The burden, therefore, lies on the AGF to prove the unconstitutionality of the said law.”