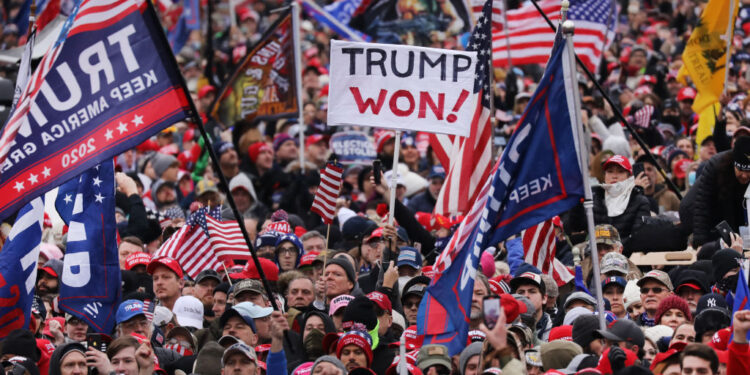 Protesters swarm the Capitol building and force a lockdown, halting debate in House and Senate.

Chants of ‘We Want Trump’ echoed through the hallways as press and lawmakers were taken to an undisclosed location. The National Guard was called to provide additional security amid calls for protests to remain peaceful.

It came after Trump addressed thousands of supporters in Washington DC and said ‘we will never concede’.

Some Republicans are trying to overturn the results in some states but lack sufficient support.

Vice-President Mike Pence says he will not block the certification of Biden as president-elect, despite demands from Trump.

Trump spoke earlier as his party appeared to be losing their grip on the Senate as Democrats remain ahead in Georgia’s second runoff race.