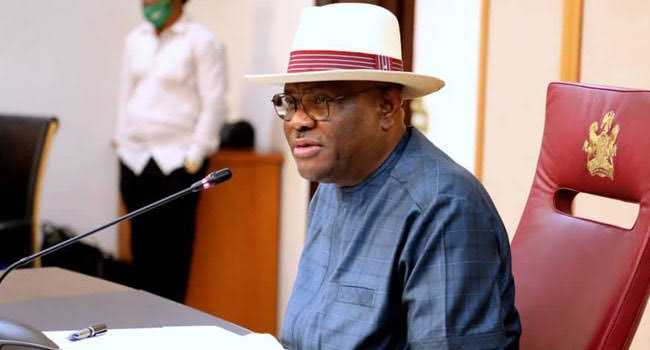 Who among the leading presidential candidates will the Group of Five (G5) governors in the Peoples Democratic Party (PDP) support?

Rivers State Governor, Nyesom Wike, said this will be made known in January.

He hinted that the Integrity Group – five governors fighting for equity, justice and fairness in the PDP – will unveil their chosen 2023 presidential candidate in January.

He spoke at the inauguration of the Rumuokwurusi – Elimgbu Flyover (10th flyover) in Rumuokwurusi Town, Obio-Akpor Local Government Area on Thursday.

He asked his detractors in the PDP to wait for him in January.

The governor told the people of the state to vote for his governorship, and National and House of Assembly candidates for 2023 but to wait for the unveiling of the chosen presidential candidate in January.

He said the decision on the presidential candidate to mobilise votes for in the forthcoming 2023 has been taken and will be revealed in January 2023.

Wike said that he would not just campaign for the presidential candidate in Rivers but would tour the whole country to mobilise support for him.

The governor said he would inform Nigerians why the candidate deserved their votes and why others lacked the qualities to govern the country.

He said the people needed to know a reliable and trusted candidate to deliver the required national transformation with the expected capability and results.

Wike said: “So, from January next year, I will campaign to my people who they will vote for.

Wike said they would not support some persons who are politically inconsistent.

He said: “Those of you who have never been stable; you move from PDP to there, and you moved from there back to PDP.

“Wait, all of us will reply. We will tell Nigerians this thing that you said, how far now. Where do you still stand now? Is it the same PDP or a new PDP?”

Wike insisted that going into an election and clinching the needed victory was beyond mere appearances on television, casting aspersions on others and talking big.

He said: “So, all of you appearing on television abusing me, don’t waste your saliva again. January has come.

“It’s not to be on the podium and raise your shoes high. And raise your wristwatch high. Time has come to convert them to votes.”