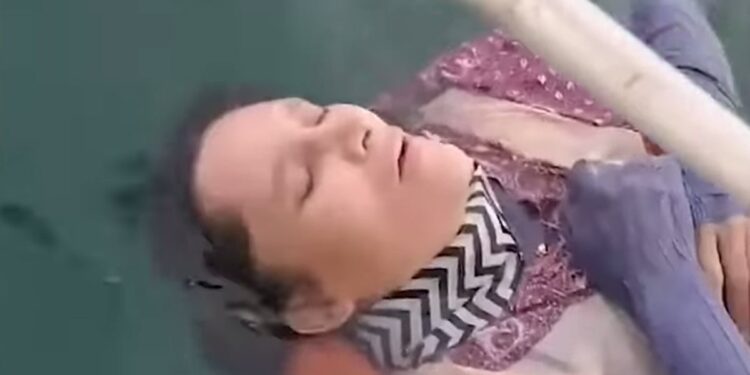 Angelica Gaitan had been drifting for hours when she was found by a pair of fishermen. 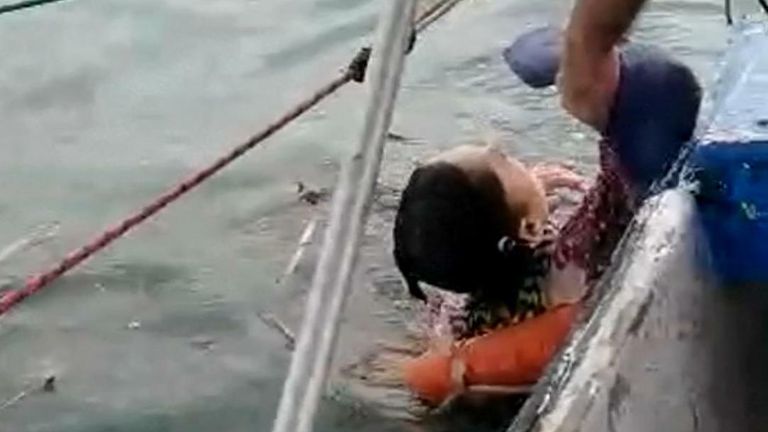 Moment woman is pulled from the water.

A woman reportedly missing for two years has been found floating out at sea.

Angelica Gaitan, 46, was unconscious and suffering from hypothermia when she was pulled from the water by fishermen off the coast of Colombia.

Rolando Visbal spotted Ms Gaitan floating around 1.2 miles off the town of Puerto Colombia at around 6am on Saturday.

Her first words after being rescued reportedly were: “I was born again, God did not want me to die.”

Dramatic video of the rescue shows Mr Visbal and a friend pulling Ms Gaitan on board and giving her water.

She appears unresponsive and was reportedly suffering from hypothermia.

They initially mistook her for a log before she lifted her hands to wave. It’s thought she was at sea for eight hours before she was rescued.

Ms Gaitan was taken to hospital where she was reunited with her family.

Mr Visbal told a local radio he nearly didn’t go out fishing after problems with his boat’s engine caused delays to an earlier trip.

Talking about the rescue, he told Caracol Radio: “Gustavo warned me to be careful with the trunk and I began to turn about 15 degrees to the right, then to my surprise the trunk moved. I thought it was something supernatural.”

He said Ms Gaitan didn’t say anything when they hauled her onto the vessel.

He added: “So it turns out that I didn’t catch any fish that day either, but I fished a life. I think this was God’s purpose.”

It is not clear how the woman managed to spend the last two years.

Ms Gaitan told another local radio, RCN, that she had fled an abusive relationship, although this has been disputed by family.

She and her sister are now raising money to get Ms Gaitan to Bogota where they live, more than 1,500 miles away from Colombia, so they can care for her.