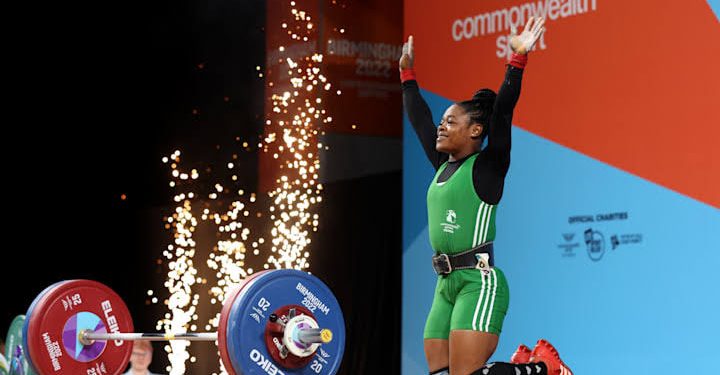 Lawal clinched gold by lifting a combined total lift of 206kg – 110kg in snatch and 116kg in Clean and Jerk- to win the women’s 59kg weightlifting event and also set a new Commonwealth Games record.

The Nigerian successfully lifted 90 kg in her first attempt, set a Commonwealth Games record, and went right on top of the standings in Snatch.

Though, she failed to lift 94kg in her second attempt and went for 95kg in her third attempt.

Meanwhile, weightlifter Edidiong Umoafia has won a bronze medal in the men’s 67kg category at the ongoing Birmingham 2022 Commonwealth Games.