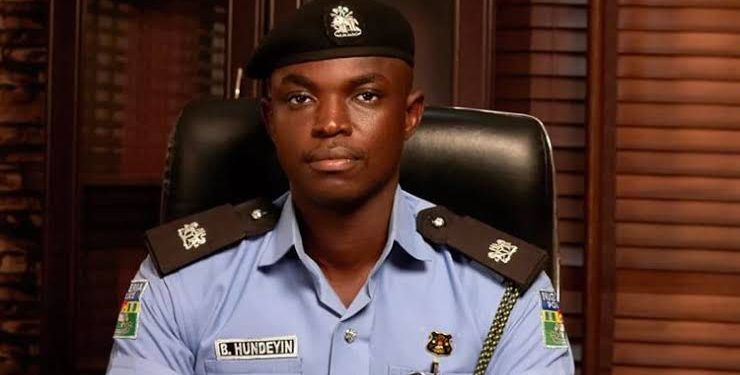 The Lagos State Police Public Relations Officer, SP Benjamin Hundeyin, has said that the police and other security agencies are prepared for any planned terrorists’ attack on Lagos.

Hundeyin, during a Twitter Space webinar, on Saturday, was responding to questions from our correspondent on reports of a possible planned attack on Lagos by terrorists and the readiness of the police, where he noted that the police were also getting intelligence reports.

There were reports that terrorist groups are planning attacks on several states in the country.

Security agencies had gotten a security report that ISWAP and Boko Haram planned to attack Lagos, Kaduna, Kogi, Katsina and Zamfara states as well as the Federal Capital Territory.

Reacting to this, Hundeyin said, “We are working seriously with other security agencies. Many times that I am with the Commissioner of Police, Abiodun Alabi, the Department of State Services keeps sending intelligence reports to us.”

He noted that the police were not working in isolation, but rubbing minds with other securities to forestall any attack.

“All resources are available, from human resources to gadgets. Our equipment has been optimally deployed to ensure that we don’t have any attack in Lagos,” the Police Spokesman said.

He noted that the residents in Lagos also needed to assist the police and other security agencies in providing them with timely information on suspicious movements.

“The people also have a role to play by reporting suspicious movements to security agencies. It’s a collective thing.

“On our part, we are not just ignoring it, we are at alert,” he said.

He noted that the CP was engaging all the Area Commanders and the Divisional Police Officers, among others on the matter.

“Most of us have families, and relatives in Lagos, my parents are in Lagos and I know that if I don’t do my job, it’s not just the people out there that will be affected, we (the police) will be affected by this. We’re all Nigerians and we’re together in this,” he added.