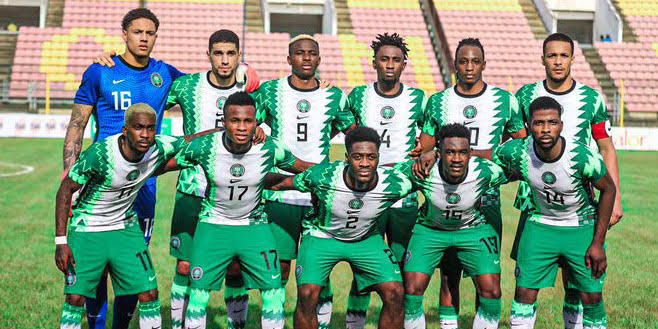 It was a game pundit easily gave to the Super Eagles, who were rated far higher than the Wild Beasts in all aspects of the game. It wasn’t supposed to end in defeat for Nigeria.

Before yesterday, the Super Eagles had won their first two-game, home to Liberia and away at Cape Verde.

Central African Republic, on the other hand, were no-hopers as they had only one point from a home draw with Cape Verde to show in their two matches. Nigeria went into the game 90 spots above CAR in FIFA rankings.

Nigeria, three-time African champions, had lost none of their last 25 home matches in World Cup qualifiers going into the game. But all that came to a shattering end at the Teslim Balogun Stadium.

The visitors had a game plan of absorbing the Eagles attacks and hitting back on the counter. And it worked absolutely well for them as they found a clueless team on the home side.

Super Eagles’ inability to break their defence emboldened the Wild Beasts, who began to try their luck, pilling pressure on the jittery Leon Balogun-led rear.

Then the unexpected happened in the stoppage time when Karl Namnganda beat the Eagles’ defence to shock the football world.

Kelechi Iheanacho, Moses Simon, Victor Osimhen and Chidera Ejuke, and later on Taiwo Awoniyi, Ahmed Musa and Samuel Kalu, threw everything at the Les Fauves, but the visitors defended in numbers and goalkeeper Prince Samolah had an inspired game.

With Cape Verde’s Blue Sharks winning 2-1 away against Liberia in Monrovia, the Eagles retain their leadership of Group C, but cannot afford any slip-up as both Cape Verde and the Central African Republic are now on four points, with Liberia shoved to the bottom place with three.

Both teams have another face-off in three days, in a Day 4 encounter at the Stade Japoma de Douala in Cameroon. That match will start at 2.00 p.m. Cameroun time on Sunday.