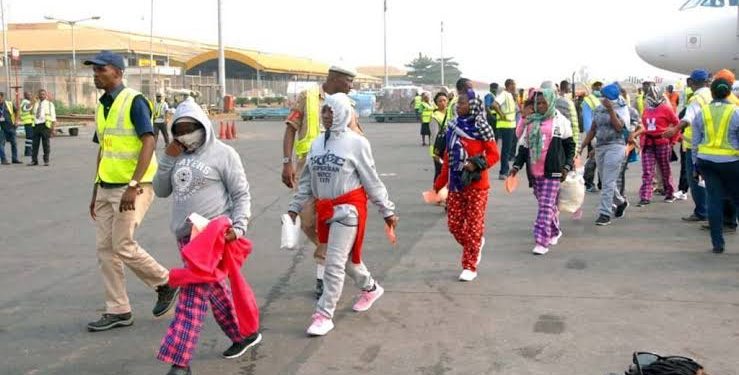 The National Emergency Management Agency (NEMA) on Wednesday, received 95 Nigerians who were stranded from Libya at the Murtala Muhammed International Airport, Lagos.

Alhaji Habib Mustapha, the Director General of NEMA who was represented by the Acting Coordinator of the Lagos Territorial Office of NEMA, Mr Ibrahim Farinloye, confirmed this in Lagos.

He mentioned that the returnees were brought back to Nigeria by the International Organisation for Migration (IOM) through voluntary repatriation programme for the distressed who had left the country to seek greener pastures in various European country but could not afford to return when their journey became frustrated.

Farinloye noted that the returnees are 60 male adults, 29 female adults, three male and one female teenager, with two infants (one male and the other female).

He said that among the returnees were two males who had various degrees of health-related issues.

Mustapha advised the returnees to turn a new leaf and assured that the Federal Government and the IOM, along with other international partners, will not disappoint them as Nigerians by providing the enabling environment for them to achieve their potentials.