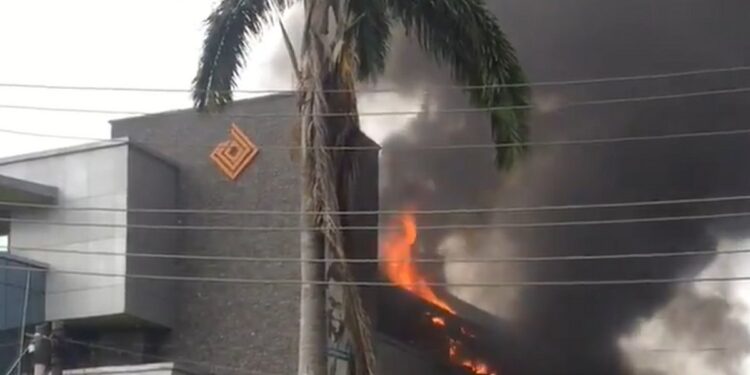 Access Bank and one other new generational bank are currently in flames after fire gutted the buildings on Ademola Adetokunbo Street in Victoria Island area of the state.

While the cause of the incident is yet to be known, unconfirmed reports has it that a fuel tanker laden with diesel was at the premises of one of the banks to discharge its product.

In the process, an explosion from a yet-to-be-identified source occurred, and triggered a massive fire outbreak which spread swiftly to a neighbouring bank’s building.

Emergency fire respondents are currently on ground battling the inferno learned that firefighters.