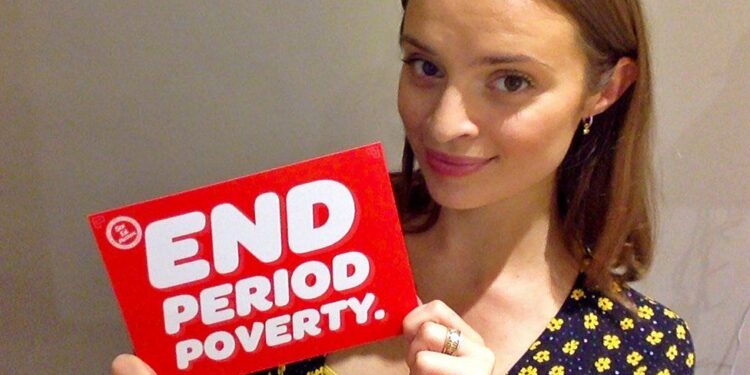 The 5% rate of VAT on sanitary products – referred to as the “tampon tax” – will be abolished in the UK from 1 January.

Chancellor Rishi Sunak committed to scrapping the tax in his March Budget.

Campaigners welcomed the end to what they called a “sexist tax” with activist Laura Coryton saying it was “about ending a symptom of sexism”.

Ms Coryton, 27, who began campaigning to end the tampon tax when she was 21, told the BBC the move “challenged the negative message that this tax sent to society about women”.

The move follows Scotland becoming the first in the world to make period products free in November.

Felicia Willow, chief executive of women’s rights charity the Fawcett Society, agreed, saying: “It’s been a long road to reach this point, but at last the sexist tax that saw sanitary products classed as non-essential, luxury items can be consigned to the history books.”

The Treasury has estimated the move will save the average woman nearly £40 over her lifetime, with a cut of 7p on a pack of 20 tampons and 5p on 12 pads.

It’s been a long road to getting the tampon tax abolished in the UK. Campaigning and debates in parliament by then-MP for Dewsbury Paula Sherriff led to the Labour government moving sanitary products to a reduced rate of 5% from January 2001- the lowest rate possible under the EU’s VAT rules.

And following more campaigning in 2014 by Ms Coryton, the Conservative government announced that all VAT collected on sanitary products would henceforth be given to charities working with vulnerable women and girls.

“I’m just so happy and relieved and excited at the same time for this tax to finally be axed,” said Ms Coryton.

“It will mean a reduction in prices for period products, and that reduction in cost will be important for the increasing number of people who are battling with poverty, especially due to the pandemic.”

Gemma Abbott is a lawyer and campaigner with the Free Periods group, which successfully campaigned for the government to provide free sanitary products to schools and colleges across England in 2019. The scheme launched in January.

“I think it’s great news and a real testament to the determined campaigning of many people, like Paula Sheriff and Laura Coryton,” she said.

“I think we can agree that any tax that characterises period products as non-essential is absurd and it has no place in a society that is seeking genuine gender equality.”

Free Periods is now campaigning to ensure that schools and colleges know that the free sanitary products scheme exists and that they sign up for them.

Ms Abbott said: “The latest statistics we have are from last term – at that point only 40% of schools had signed up for the scheme.”

Combating the ‘stigma’ of periods

Ms Coryton has set up a social enterprise called Sex Ed Matters with her sister Julia, providing talks in schools and toolkits for teachers to help them deliver the mandatory new sex education curriculum for primary and secondary schools issued in early 2020.

They did an online survey of 150 teachers and students across the UK, and 100% of respondents said that there is still a stigma attached to periods.

“If there is a stigma attached to periods, then you’re unlikely to speak up when you need period products, or to talk about the free sanitary products scheme that exists,” stressed Ms Coryton.

But Free Periods’ Ms Abbott is also concerned about the charities supporting women and girls, who will no longer benefit from the proceeds of the previous 5% tax on sanitary products.

“The tampon tax fund has provided much needed support and funding to a chronically underfunded area,” she said.

“I’m worried that the removal of the tampon tax will spell the end of the ring-fenced funding for charities to address really vital issues like domestic violence and rape.”