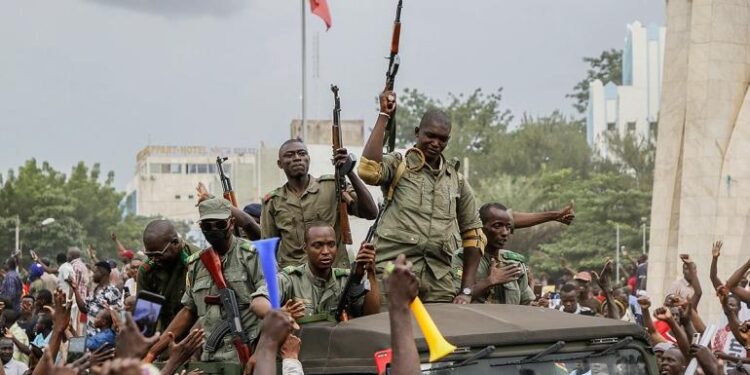 Six individuals, including a former prime minister, charged with seeking to mount a coup, their lawyers say.

Malian authorities have charged six prominent figures, including a former prime minister, with seeking to mount a coup in August last year, their lawyers said.

The public prosecutor’s office in the capital Bamako said in a statement on Thursday that six people were under investigation for “plotting against the government, criminal association, insulting the head of state and complicity”.

A group of lawyers defending the six said the individuals, who include Boubou Cisse, the last prime minister before the August move, had been charged with an “attempted coup”.

“All of those charged are civilian figures with no established connection to anyone in the military,” they said.

Five of the six have been detained in custody, except for Cisse whose whereabouts are unknown, the public prosecutor said.

Apart from Cisse, those charged include his half-brother Aguibou Tall, who runs an agency connected with telecommunications, and Mohamed Youssouf Bathily, a campaigner and radio presenter popular among young Malians and whose stage name is Ras Bath.

The others are Vital Robert Diop, director of Mali’s Pari Mutuel Urbain (PMI), an agency that is in charge of gambling on horse races, and two senior financial officials, Mamadou Kone and Souleymane Kansaye.

Another person who was arrested earlier, but later released, is the secretary of the president’s office, Sekou Traore, who holds the ranks of a magistrate and minister.

His case has been referred to the prosecutor general to the Supreme Court, the public prosecutor said. Cisse denied on December 23 having any involvement with any alleged plot.

The allegations came during a period of turbulence in the African nation following the removal of President Ibrahim Boubacar Keita by army officers on August 18.

Threatened by international sanctions, the military rulers handed power to a caretaker institution which is supposed to last for up to 18 months until elections are held.

But disenchantment at the slow pace of reforms is growing, increased by accusations that figures with army links dominate the transitional government.

In its statement, the prosecutor’s office did not use the term “attempted coup” as the lawyers did.

It alleged there had been deeds that “harmed domestic security” and serious evidence of a “criminal enterprise” and “actions to sabotage” initiatives taken by the transitional authorities.

On Monday, security sources said a number of people had been detained on December 21, while the prosecutor’s office said a “preliminary inquiry” had been opened “relating to violations of state security”.

In the run-up to their arrest, social media posts said there had been a scheme to “destabilise” Mali’s post-coup transitional institutions.

Mali, an impoverished landlocked country in the heart of the Sahel, is notoriously volatile. The August 18 coup was the fourth since the nation gained independence from France in 1960.

It came after weeks of escalating protests against Keita, who had become unpopular over perceived corruption and failures to roll back an armed rebellion that has claimed thousands of lives since 2012 and forced hundreds to flee their homes.