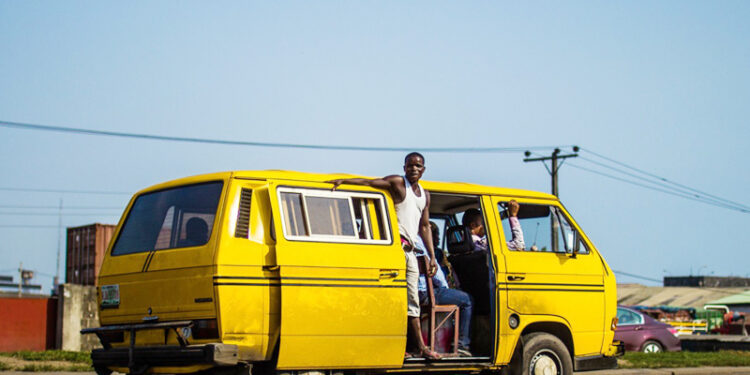 Joint Drivers Welfare Association of Nigeria (JDWAN), on Monday, said its members faced physical assaults, abduction and vandalisation of property by some motor park touts in Lagos, in the cause of the ongoing seven days strike action.

The drivers said the inhumane treatment meted on them occurred in Badagry, Ojodu Berger, Iyana-Era and Ijanikin areas of Lagos.

Narrating the incidents in a statement, JDWAN National Leader, Akintade Abiodun, vowed that the strike action will continue till November 6, to press home their demands from the state government.

JDWAN said its members, who are over 5,000 in number, are ready to defy all odds.

“Kudos to all commercial drivers in Lagos State for the massive compliance to the seven-day boycott by the Joint Drivers Welfare Association of Nigeria.

“We also want to thank the commuters and residents of Lagos for the support thus far.

“We have all come to the full understanding of the impact of the forceful, illegal, ludicrous, unjust ticketing, levies and charges by the Parks and Garages Management Committee and caretaker committee.

“We can no longer continue to be subservient to people who have made life unbearable for us all and directly affects the cost of transportation, goods and services in Lagos.

“We have explicitly made our points clear in our demands and we are expecting the Lagos State government to accede to our demands by stopping exploitation of our labour and violent violation of our rights and restraining court order against the motor park management and caretaker committee thugs in Lagos.

“Today, October 31 (Monday) being the first day of our seven days industrial action, we have experienced physical attacks, vandalisation of our vehicles and homes and criminal abduction of our member.

“A JDWAN member, Ashimiyu Idowu was abducted in Iworo area of Badagry as motor park and caretaker thugs led by a popular Agbero (names withheld), on Agbara-Seme route.

“They came in a vehicle owned by a traditional ruler.

“The agberos came in over 100 bikes with three suspected thugs riding on each wielding machetes and guns, as they shot sporadically to scare people away and Ashimiyu was abducted in the process.

“After the abduction, they drove towards Seme and many vehicles were vandalised in the process.

“In Ojodu Berger area of Lagos State, drivers were beaten by multitude of motor park thugs and caretaker committee thugs over the strike action, while they marched chanting ‘where are the other drivers?’

“Similar occurrences were experienced at Iyana-Era area of Badagry.

“At Roundabout Bus Stop, Ijanikin, precisely in front Lagos State University of Education, two drivers of mini buses (korope) observing the strike action were flogged and brutally attacked by the motor park management thugs and their buses were driven away because they refused to work.

“The coalition of Lagos commercial drivers under the umbrella of Joint Drivers Welfare Association of Nigeria wants to say categorically to the state government and its violent extortion agents that we are not afraid of any threat.

“No matter how long they violate the restraining order against the government by Honorable Justice Peter Odo Lifu, we remain undaunted and resolute till all our demands are met.

“The state government should arrest the perpetrators and charge them to court for assault and all vandalised vehicles be repaired and returned to their owners.

“We once again salute the unity and steadfastness of our members as we call on all other professionals, honest labourers, workers and unions to join us tomorrow, November 1, so as to avoid being stranded or attacked by these unbridled Lagos State illegal tax collectors.”

Meanwhile, the commercial driver, Ashimiyu Idowu, who was abducted in front of his house in Iworo, Badagry has regained his freedom.

Ashimiyu, who lost his wife about a month ago, was said to be undergoing medical treatment as a result of fatigue and was yet to resume work since then.

It was learned that he was resting in front of his house when his assailants stormed the area, beat him up and vandalised his vehicle.

Ashimiyu told Vanguard on phone that he was tortured by his abductees before being whisked away in a vehicle belonging to a traditional ruler.

Narrating the incident, he said: “I was in my house when a popular Agbero led some hoodlums to beat me up.

“They were about 100 in number on different motorcycles, armed with guns and dangerous weapons. They beat me up and injured me.

“Many people in the vicinity were also attacked and injured before they finally whisked me away in the vehicle of a traditional ruler.

“They drove me round the town, to Roundabout and Seme as they subjected me to torture.

“They dispossessed me of my phone and dropped me off at Locust Bus-Stop.

“As I was thinking about the next line of action, they picked me up again and dropped me off at Aradagun where a motorcyclist returned me to my house.

“My clothes were soaked with blood and I suffered body pains and general weakness.”