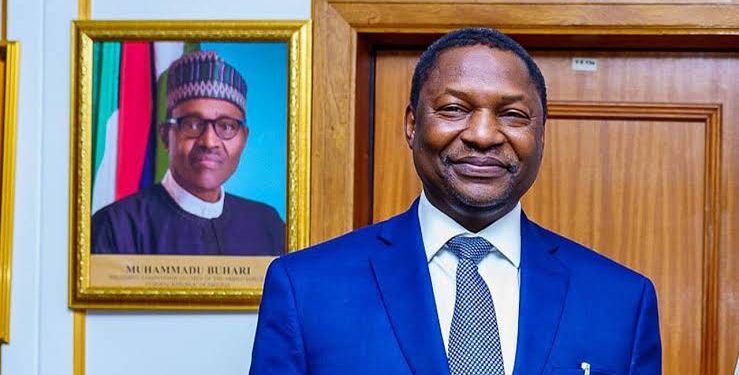 The Federal Government has announced that it has been vigorously and intensively working towards the prosecution of Boko Haram financiers, adding that it has succeeded in identifying those that are allegedly responsible for funding terrorists.

This was disclosed by the Attorney General of the Federation and Minister of Justice, Abubakar Malami, SAN in an interview with journalists in New York at the ongoing 76th session of the United Nations General Assembly.

Malami revealed that the FG will update the Nigerian public properly and adequately about the investigation and prosecution process at the appropriate milestones as they unfold.

“The position, as it stands, is that investigation has reached advanced stage and the Government will make a statement in that direction in due course. Time is not ripe for holistic disclosures so as not to pre-empt the investigation process. The prime object remains the attainment of peace and security of our dear nation.

“As per terrorism funding and financing is concerned, we have succeeded in identifying those that are allegedly responsible for funding same and we are blocking the leakages associated with funding while embarking on aggressive investigation that is indeed impacting positively in terms of the fight against terrorism,” he said.

He also added that investigation is ongoing and advancing, citing that for the purpose of investigation he would not like to be pre-emptive in terms of making disclosures that will have the effect of undermining the successes the FG has recorded.

“One thing I can tell you for sure is that whatever we do in terms of detention and arrest is indeed backed-up by judicial processes. We have acquired and obtained legitimate court orders taking into consideration the facts and material proof of evidence presented before the court on account of which the court eventually exercises its discretion in terms of granting orders that we can have the suspects in custody pending the conclusion of the investigation.”

The FG also added that in partnership with the Complex Case Group of the Department of Public Prosecution of the Federation in the Office of the Attorney General of the Federation, over one thousand Boko Haram case files out of which 285 have been filed before the Federal High Court based on prima facie cases of terrorism. He also said that naming and shaming of suspects is not embarked upon as a policy by the Federal Government out of sheer respect for the constitutional rights of Nigerians relating to presumption of innocence.

Recall that, last week that the United Arab Emirates has placed six Nigerians previously tried for funding Boko Haram on its terror lists. It was revealed that a total of 38 individuals and 15 entities were on its approved list of persons and organizations supporting Boko Haram and other terrorist cause.